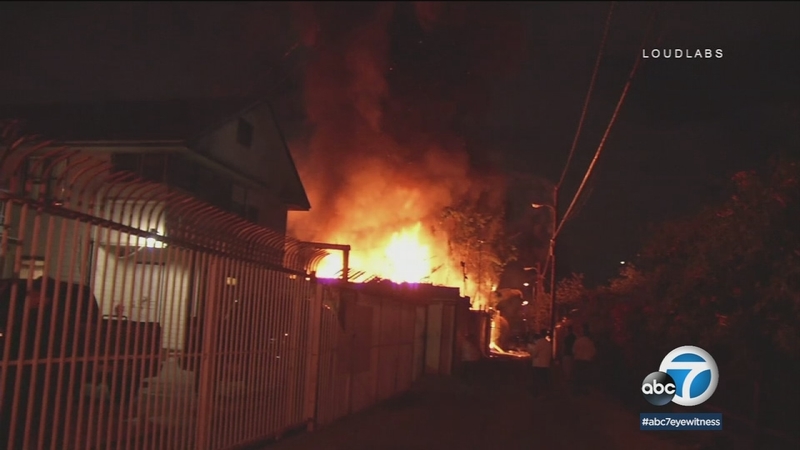 No one was injured in the inferno, which erupted about 11:45 p.m. in the 1400 block of East 58th Place, according to the Los Angeles County Fire Department. Neighbors used garden hoses to douse the inferno while awaiting the arrival of firefighters.

Los Angeles Fire Department personnel assisted in the blaze, attacking the flames from adjacent rooftops as anxious neighbors looked on from the street below.

The fire ultimately was extinguished and investigators were summoned to the scene to determine its cause.