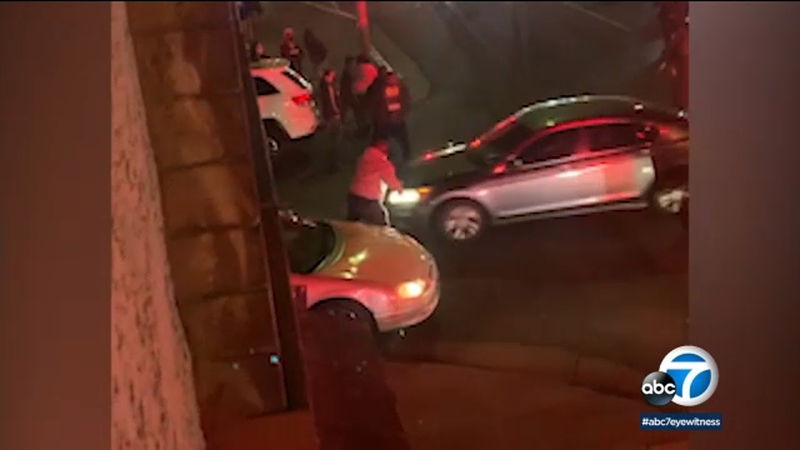 SOUTH LOS ANGELES (KABC) -- A deadly crash in South Los Angeles quickly evolved into a violent situation involving suspected gang members and another vehicle that drove through the crash scene, hitting a group of people and one police officer.

Around 7:30 p.m. Friday night, a collision involving three vehicles was reported at the intersection 51st Street and Vermont Avenue. One person involved in that crash was pronounced dead at the scene, according to the Los Angeles Police Department.

Police say a person in that initial crash was recognized by a group of 15-20 gang members in the area as a member of a rival gang, at which point a fight broke out.

That person was removed from the vehicle and was assaulted by the group, authorities said.

Additional police units responded to the scene and the situation was seemingly defused, but as the investigation into the initial collision was underway, another fight involving suspected gang members broke out.

Police say the person who was being assaulted jumped into a car and tried to flee the scene as he was being beat up.

Video footage from the scene shows that driver plowing through the crash scene, striking another vehicle that wasn't involved, at least two people and an LAPD officer on the street.