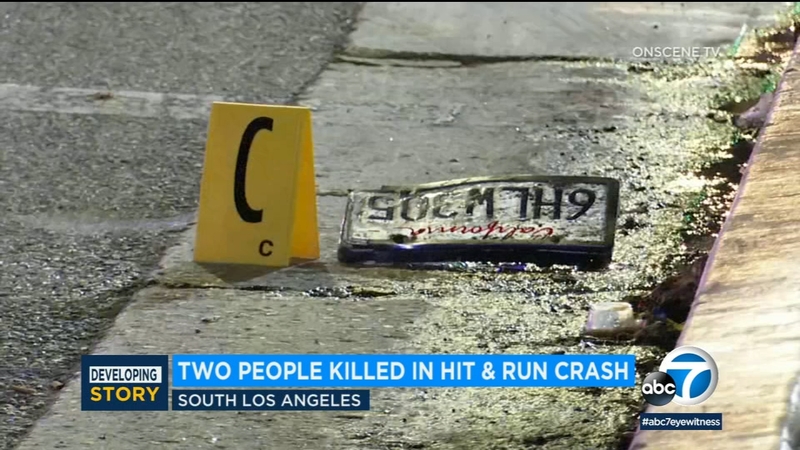 The incident occurred just before 8:30 p.m. near the intersection of W. 95th Street and Normandie Avenue.

Two pedestrians were struck by a vehicle that was seen speeding away from the scene, according to the California Highway Patrol.

One person died at the scene, while the other pedestrian was taken to a local hospital, and later died.

The suspect vehicle was described as a silver pickup truck, and its license plate was left on the street. Authorities are hoping the license plate number will lead them to the driver.

CHP is investigating the incident.