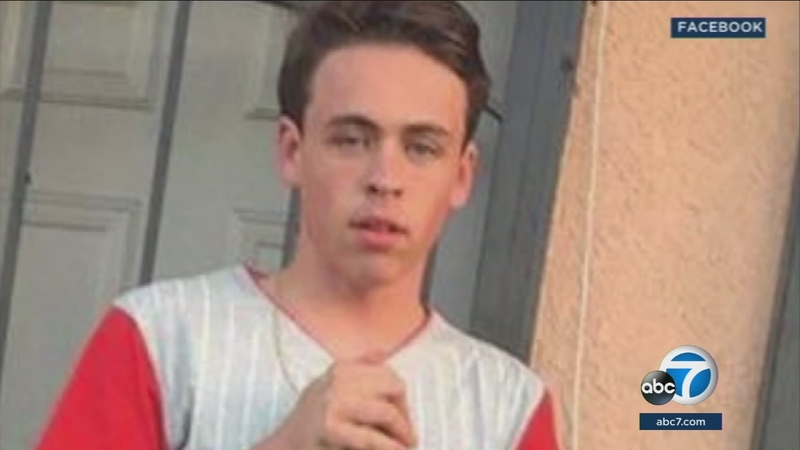 LOS ANGELES (KABC) -- A Palos Verdes High School student, accused in a South Los Angeles murder, will finish his education at an offsite location following uproar from parents after learning that he would be allowed back in school.

On Monday morning, a group of parents stood on the corner of Palos Verdes High School while another walked out from talking to the principal, trying to get answers.

"I just spent 15 minutes with Dr. Parks. I'm not thoroughly convinced that they have this under control," said parent Valerie Anderson. "I think his hands are tied in some elements, but we've got attorneys that work for this school, and they need to get this kid out."

Cameron Terrell, 18, is facing one count of murder and two counts of attempted murder, and he is currently free after posting $5 million bail. Parents were upset, saying the school never notified them that Terrell was facing those charges and was alleged to have ties to a South L.A. gang -- yet was still allowed in class.

"To have an adult who is charged with the worst crime possible being allowed to attend school with 3,000 kids, it's not right, and I believe the education code supports his suspension," said parent Rod Uyeda.

Parents said if there are gang ties, they are worried about possible retaliation.

"Nobody from the school district has communicated to me what they are doing for the safety of our students that are here," Anderson said.

Terrell is from an affluent section of Palos Verdes, but according to detectives, he was driving the getaway car for two juveniles who allegedly killed Justin Holmes and attempted to shoot his friends in South L.A. on Oct. 1. None of the victims had gang ties.