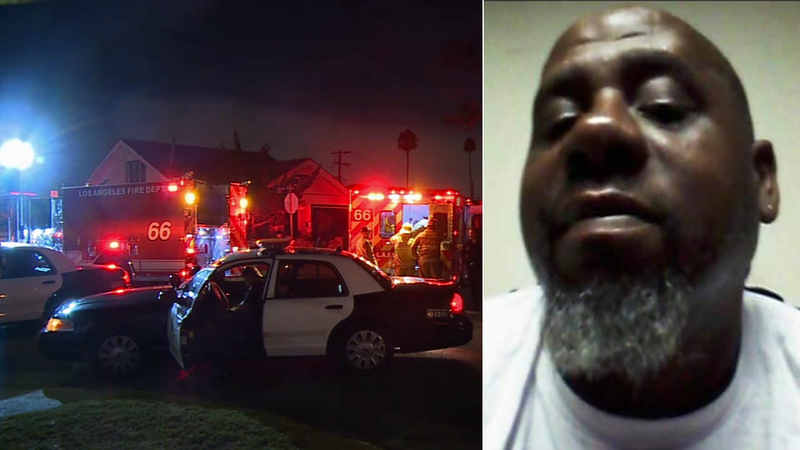 SOUTH LOS ANGELES (KABC) -- One person was killed and another was injured following a shooting in South Los Angeles. The search is on for the gunman.

The shooting occurred in the 1600 block of West 65th Place shortly before midnight.

Two men were sitting in a car when someone came up to them and opened fire. One of the men, 52-year-old Marcus McClendon, died from his injuries. His family says McClendon was shot in the back of the head.

The other person in the car, an unidentified 72-year-old man, was shot in his extremities and transported to an area hospital. His condition was not immediately known.

McClendon, a local mechanic, was the oldest in his family, with two younger sisters. His girlfriend said he had no gang ties and no enemies. She said he told her he was going to the store but never came back.

"Whatever he was doing to go help somebody, that was the type of person he was and for him to get shot down like that is crazy, in the back of the head, for no reason. He was 52 years old," she said.