Man shoots 2 women, young girl before turning gun on himself in South LA 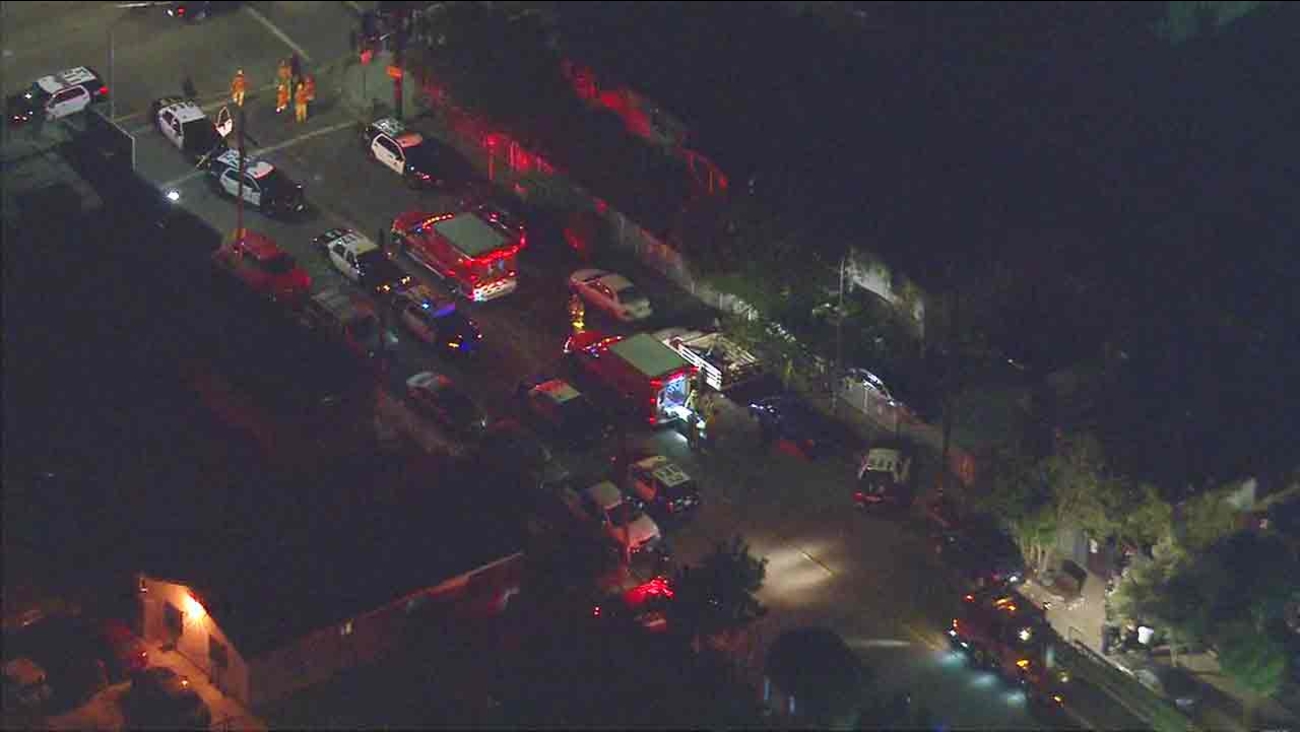 Emergency crews at the scene of a shooting that left one man dead and several female victims injured in South Los Angeles on Tuesday, Nov. 22, 2016.

SOUTH LOS ANGELES (KABC) -- A man shot two women and a young girl before fatally turning the gun on himself in South Los Angeles Tuesday night, according to authorities.

Police responded to a call of shots fired at a home in the 1400 block of E. 51st Street at about 10:07 p.m., where multiple gunshot victims were reported, Los Angeles police said.

Three female victims were found with gunshot wounds, including one child, and the gunman fatally shot himself.

The conditions of the female victims were not immediately released.