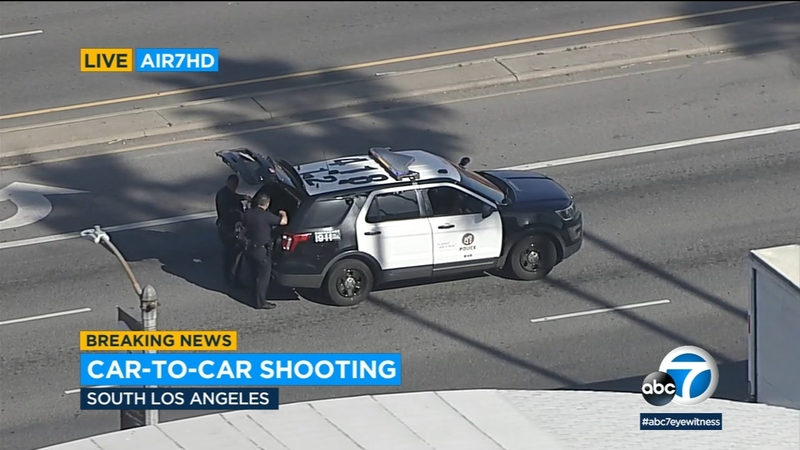 SOUTH LOS ANGELES (KABC) -- Detectives are investigating after an apparent car-to-car shooting left one person dead and another injured in South Los Angeles late Friday afternoon, according to officials.

The incident happened at about 1:30 p.m. in the area of Vermont Avenue and 79th Street where two people were struck by gunfire, investigators said.

Officials say a woman was taken to the hospital in an unknown condition, and a man died at the scene. The man's identity has not been released.

A description of the shooter was not available, but police say a gray sedan was seen leaving the area at the time of the shooting, eastbound on West 79th Street from Vermont Avenue.

Authorities have the area taped off for the investigation. Drivers are advised to seek alternate routes.