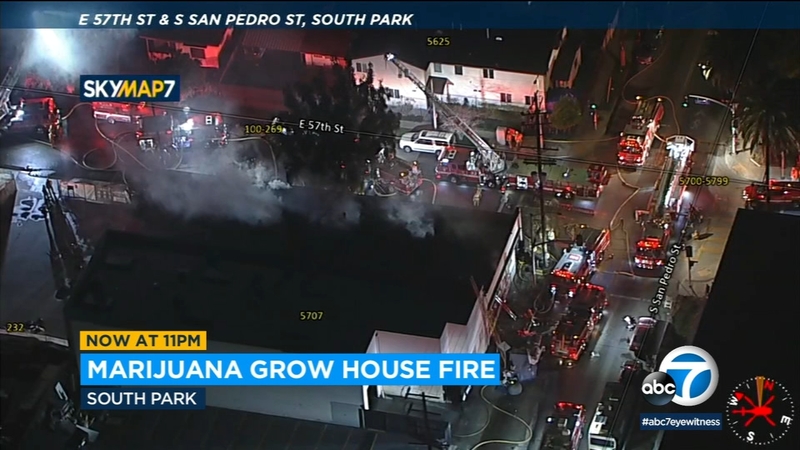 SOUTH LOS ANGELES (KABC) -- A car fire in South Los Angeles quickly spread to a nearby marijuana grow house, sending portions of the building up in flames.

The fire department said there was a partial roof collapse inside where debris initially stopped firefighters from fully extinguishing all hot spots within the rubble.

They put out the fire shortly after.

No injuries were reported and it's unclear what sparked the car fire.