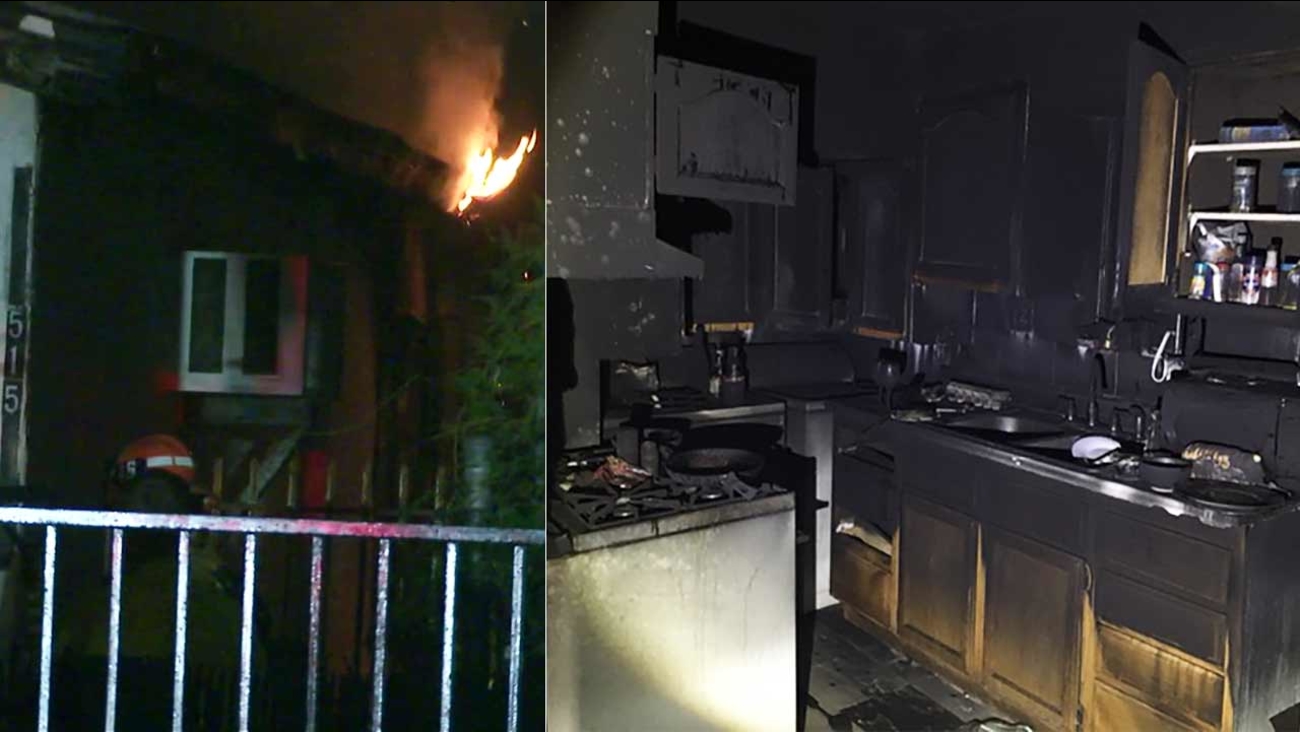 SOUTH LOS ANGELES (KABC) -- A family of four was left homeless this Christmas Eve after a fire heavily damaged their home in South Los Angeles.

The fire broke out inside the three-bedroom, one-story residence in the 500 block of W. 59th Place at about 9:20 p.m. Wednesday night, authorities said.

The residents, including two girls, ages 3 and 4, were able to escape unharmed despite not having working smoke alarms.

"This could have been a deadly blaze," LAFD spokesman Brian Humphrey said.

It took 27 firefighters nine minutes to extinguish the fire, which was caused by a faulty or overloaded electrical extension cord. Damages were estimated at $150,000 to the structure and $50,000 to its contents.