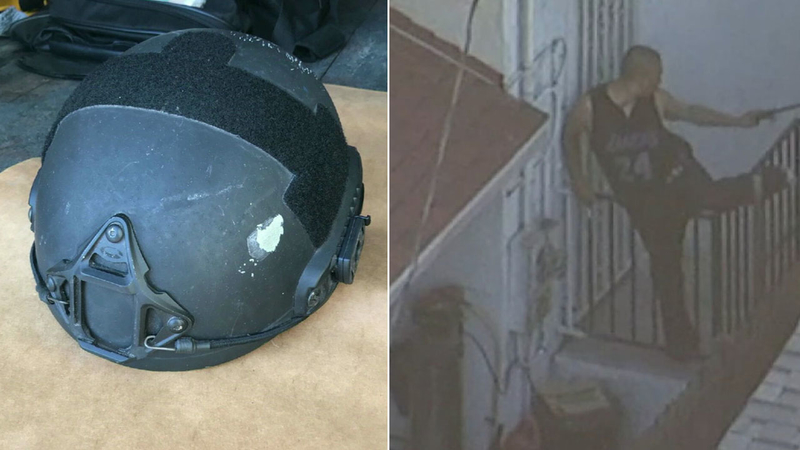 SOUTH LOS ANGELES (KABC) -- An armed suspect engaged in a five-hour standoff with police in South LA after a shootout that resulted in one SWAT officer's helmet being nicked by a bullet.

The situation started around 7 p.m. Thursday in the area near South Park Recreation Center by 49th and San Pedro Streets.

During the exchange of gunfire, the SWAT officer's ballistic helmet was struck. Witness Eduardo Zaragoza said he saw it happen and that the officer remained in the firefight.

"He ran back to his car and he opened his trunk and I don't know what he got, but he still went back shooting," he said.

This is the revolver used by suspect last night in South LA; shot an LAPD officer in the head, luckily he had helmet on. pic.twitter.com/fr8230CeIR

LAPD Sgt. Barry Montgomery said the helmet did what it was intended to do and saved the officer's life.

Authorities said despite the dangerous gunfire, SWAT officers were able to take the suspect into custody using non-lethal force. They shot him with a bean bag shotgun around midnight.

A thorough investigation started Friday. While the LAPD are unsure of the suspect's motive, the SWAT officers are being praised for using restraint in what could have been a deadly confrontation.