Investigators identified the victim as 45-year-old Lorenzo Perez. He was going up and down Pierce when he was shot by a man was posing as a customer.
KFSN
By Corin Hoggard 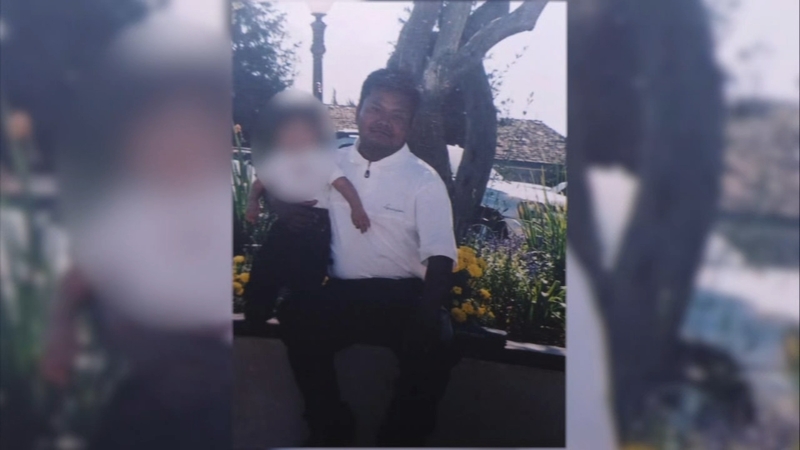 FRESNO, Calif. -- Fresno police are looking for the gunman who killed a father of four working as a food vendor in southeast Fresno Sunday afternoon.

"That's four children that are going to grow up without a father in this community," said Mayor Jerry Dyer.

They're looking for help to make sure justice is served.

The people in the neighborhood are very familiar with Lorenzo Perez after he spent years selling food from his bicycle cart.

"I mean, he was a great guy," said one neighbor who didn't want to be identified out of fear of the shooter.

Police say that shooter had a conversation with Perez Sunday afternoon, then shot and killed him.

"If this suspect wanted to rob him, he could've just robbed him," said Fresno Police Chief Paco Balderrama. "But instead, he chose to murder this individual."

Police put out a call for help right away and offered a $5,000 reward by the end of the night.

That went up to $21,000 by Monday morning, and City Council President Luis Chavez thanked the people who have already delivered tips.

"(They) have sent videos and pictures and descriptions of the suspect and the incident," he said. "We need your help to catch this dangerous individual."

But police say the vendor's murder is also a hint at deeper issues on the streets.

Perez is the 20th homicide victim of the year, 15 more than at this time last year, just before violent crimes started a dramatic increase.

He's the fourth street vendor attacked in a year.

Chavez says food vendors should be off-limits to criminals, which is why both the police chief and the mayor say they'll use every resource they can to catch the killer.

"He's out there working, trying to provide for his family," said Mayor Dyer. "He's shot in broad daylight. Executed. Enough is enough."

Police say the suspect is about 6'2", 200 pounds or more, and he's in his late teens or early twenties.

They're relying on tips to catch him, but they're also still looking for nearby surveillance video.