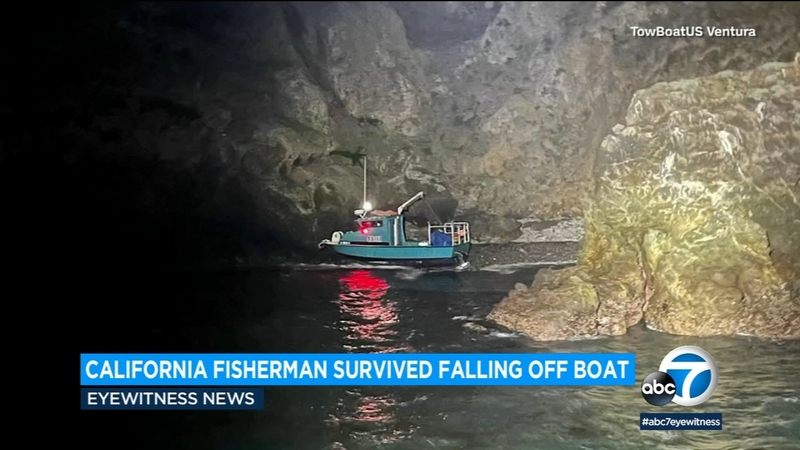 SANTA BARBARA CHANNEL, Calif. (KABC) -- There was an update Monday regarding a survival story about the California commercial fisherman who fell off his boat and swam five hours to safety.

With the help of a tracking device, Scott Thompson's boat was found a day later, stuck on a rocky beach.

Thompson was wearing just shorts and a t-shirt last month, when rough waters caused him to fall into the Santa Barbara Channel at night, miles away from land, in freezing water.

Lost at sea, with no land in sight, a Southern California boater who fell into the ocean thought he was going to die, until a nudge from a harbor seal gave him renewed hope.

Thompson attributes a harbor seal near him with a divine intervention that inspired him to swim to safety.

"It was a medium-sized harbor seal," Thompson said. "The seal would go underwater and he came up and nudged me. Like a dog comes up and nudges your leg."

Thompson swam to an oil platform, with the help of the harbor seal, which he says kept nudging him along.

He had to be treated for hypothermia, and was happily reunited with his family.