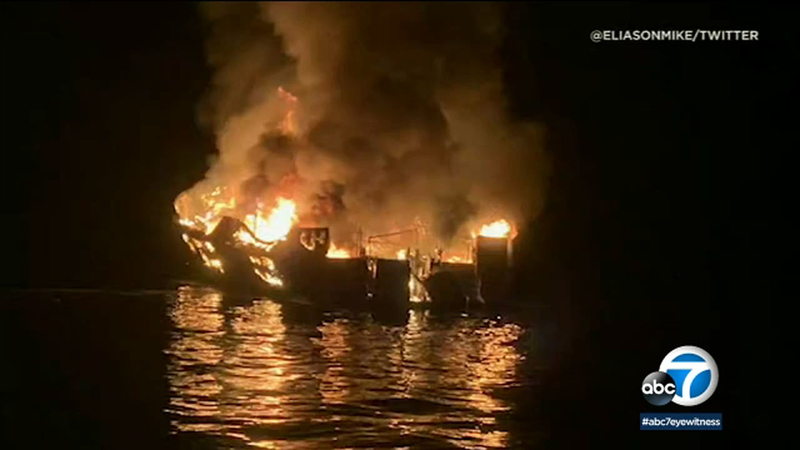 There were 39 people on board at the time. Twenty-five bodies have now been located and nine remain missing. Five crew members were rescued.

"It's a tragic day for us divers," said Hal Wells, owner of Hollywood Divers. "It's such a tiny community. Diving is not that a big of a sport and you kind of start to know everyone."

Among those feared dead is marine biologist Kristy Finstad, who helped organize the Labor Day scuba trip. The 41-year-old and all the other passengers were asleep below deck when the boat erupted in flames.

The boat was part of a fleet owned by Truth Aquatics, a well-known company in the diving community. The operator has an excellent reputation in the industry and kept the vessel in good shape, according to people familiar with the company and its owners.

Family members of the crew who survived say they were up early, getting ready for a final day of diving.

"It's just shocking," Wells said. "It hurts to have that many of your friends and acquaintances you may have been on dive boats before and they're just gone."