Pain at the pump: Gas prices continue to climb in Southern California 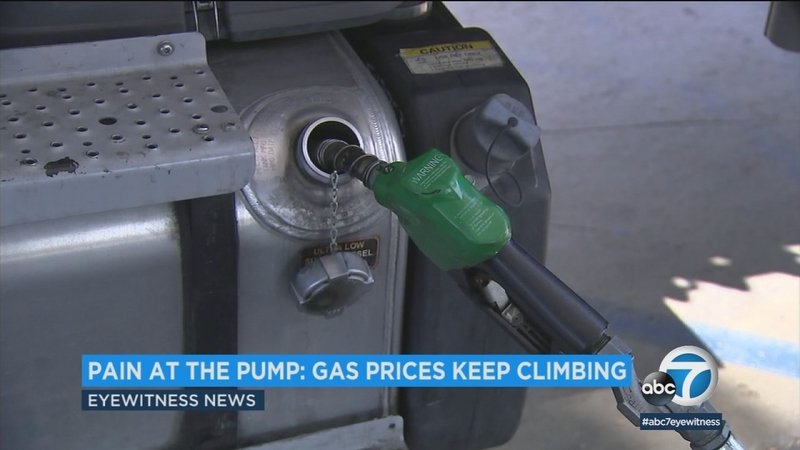 BURBANK, Calif. -- If you've filled up your tank lately, you've felt the pain at the pump. Unfortunately, the increasing prices will not be pumping the brakes anytime soon.

Sunday marked the 20th day in a row that gas prices increased in Los Angeles County to a little over $3.54 per gallon. In addition, for the 17th time in 19 days, the price of gas in Orange County increased to $3.50 per gallon.

Unfortunately, prices are expected to keep going up.

Nationally, the average U.S. price of regular-grade gasoline shot up 7 cents a gallon over the past two weeks to $2.66. The increase brings the price of gas to 32 cents a gallon higher than it was at this time last year.

Experts say higher barrel prices, last year's gas tax increase and refineries shutting down to prepare for summer are among the reasons the price of gas has gone up so much.

In California, the price increase is due to switching from winter blend to summer blend gasoline.

The highest average price in the contiguous 48 states was $3.54 in the San Francisco Bay area. The lowest was $2.22 in St. Louis.