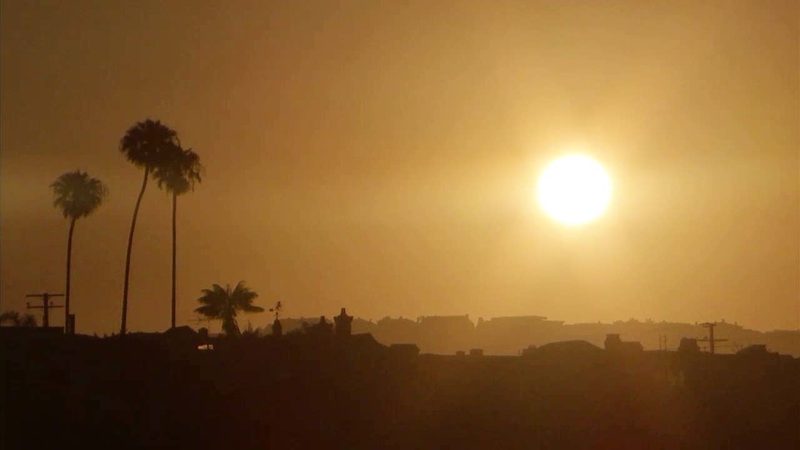 An excessive heat warning is in place for several areas of the Southland, including the San Fernando, Santa Clarita, San Gabriel and Antelope valleys, along with the Santa Monica mountains and Ventura and Orange County coasts. The warning is expected to last through 9 p.m. Saturday.

In addition, a red flag warning has also been issued for the Los Angeles County Mountains, Angeles National Forest; Ventura County mountains and Los Padres National Forest until 6 p.m. Saturday. The alert means there is fire danger, especially in some mountain areas where a wind advisory is in place through Saturday morning.

Record-high temperatures were broken in many areas of Southern California by midday Friday. In downtown L.A., a record of 95 degrees was surpassed by 10:15 a.m., and in Woodland Hills, a daily heat record was broken with 115 degrees, according to the National Weather Service. Heat records in Burbank and Van Nuys were also broken.

The NWS also reported that the record in Santa Ana was broken, and that Riverside was 1 degree away from breaking its daily record.

Authorities advise people, especially those with health issues, to remain indoors. For those without air conditioning, a list of cooling centers in Southern California is available here.

There's a high surf advisory in effect through Friday night for the coasts at Orange, San Diego, Ventura and Los Angeles counties.

Heat waves usually drive people to the coast looking to cool off, but authorities are warning beachgoers about a high surf advisory in effect through Friday night for the coasts at Orange, San Diego, Ventura and Los Angeles counties.

The heat wave can also be very dangerous for pets. The best advice is to keep your pets inside, give them plenty of water and never leave them inside the car.
Also, exercise your pets in the morning or evening when it's cooler. And remember, dogs' paws burn easily so avoid hot pavement.