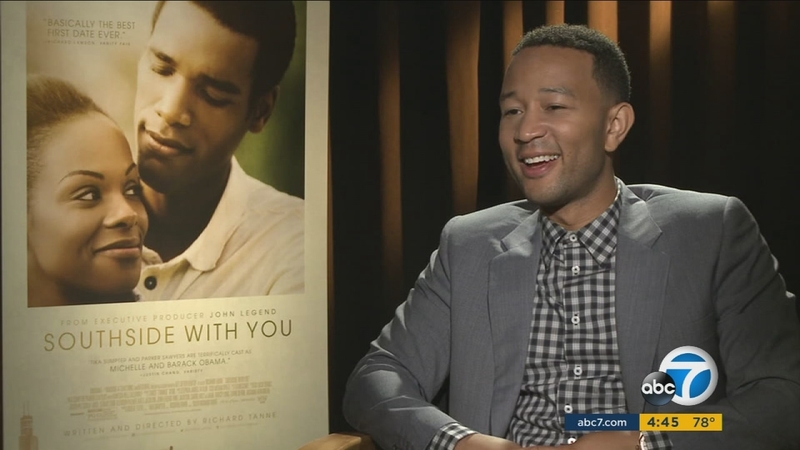 Actors recount playing First Couple in 'Southside with You'

LOS ANGELES (KABC) -- The new movie 'Southside with You' takes us back to 1989 and introduces us to 20-something Barack Obama and Michelle Robinson.

The film puts together real-life events in a re-imagined way to show us the future first couple's first day together outside the law office.

In the summer of 1989 in Chicago, we meet two up-and-coming lawyers who wind up going from an art museum, to a stroll through the park to a community organizing meeting...and the two begin to discover they have more in common than they first thought.

Grammy and Oscar-winning singer and songwriter John Legend is one of the film's executive producers.

"I know them as friends," Legend said of the Obamas. "But I think it's so great for the country and the world to see how they started together. It's such a great story."

Newcomer Parker Sawyers plays the future President. Michelle Robinson Obama is played by Tika Sumpter. She's also one of the film's producers and said she was drawn to a story about people and not politics.

"It's just a love story and it reminds us of our relationships," said Sumpter. "And I think people are going to see themselves in these two characters more than they even thought."

"I think the film really illustrates how much they support each other," added Sawyers." And how much they push and pull and guide one another. Yeah, it's a beautiful relationship."

Legend enjoyed being an executive producer, but he isn't giving up his music. He sees his film company as an extension of his growing career.