Did you see something bright in the sky? You may have seen the launch of the 18th, and final mission of the year for SpaceX Friday night.

LOS ANGELES (KABC) -- Did you see something bright in the sky? You may have seen the launch of the 18th, and final mission of the year for SpaceX Friday night.

The launch happened around 5:30 p.m. right here in Southern California at Vandenberg Air Force Base.

The sky wasn't the only thing to light up after the launch, however. Twitter and Facebook were ablaze with users posting about the strange-looking light overhead.

People from downtown Los Angeles to Orange County to the Inland Empire reported seeing the rocket and its trail in the darkened sky.

The Ventura County Sheriff's Department even tweeted to let residents know there was no reason to be alarmed.

Elon Musk, founder of SpaceX, poked some fun at the chatter that ensued on social media after the launch.

This mission sends 10 satellites into orbit, using another used Falcon 9 rocket for the flight.

SpaceX says this is the fourth flight for long-time customer Iridium.

Both companies are under contract to launch a total of 75 satellites to provide communications services for regions all over the world. 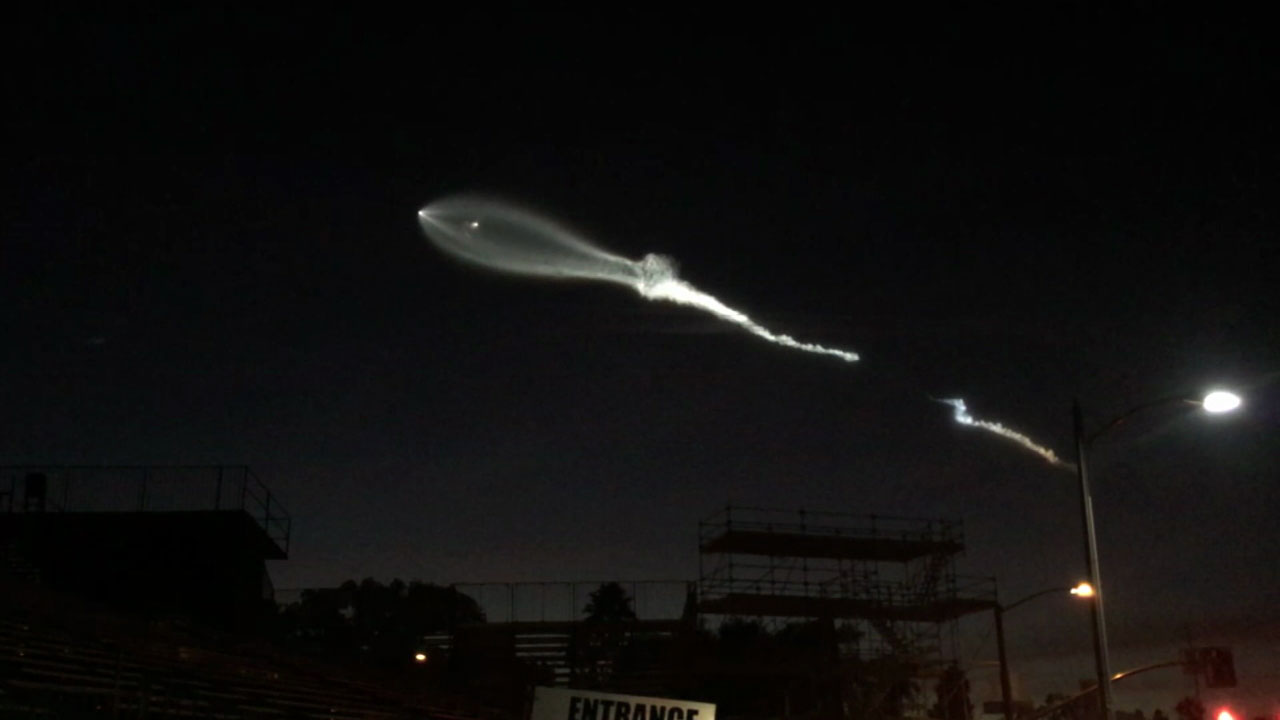