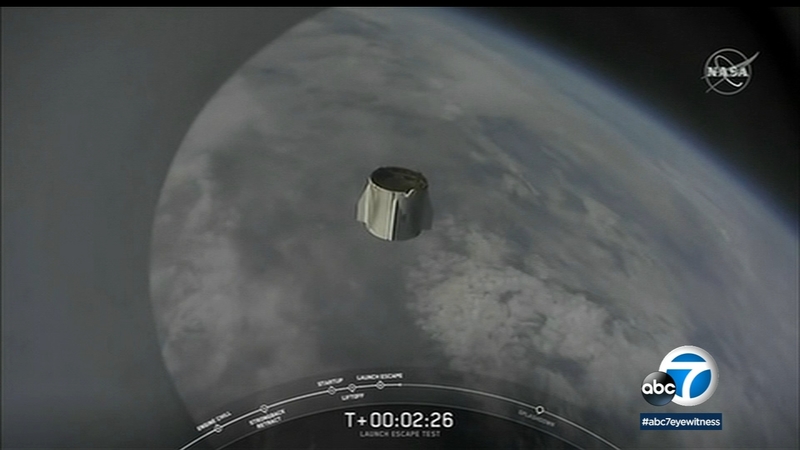 The Hawthorne-based company was finally able to launch its rocket following some weather delays.

The test capsule released from the rocket about a minute into the flight before landing safely in the ocean, paving the way for NASA astronauts to climb aboard it in the future.

The launch completed the last test of SpaceX's crew capsule.

No one was aboard.