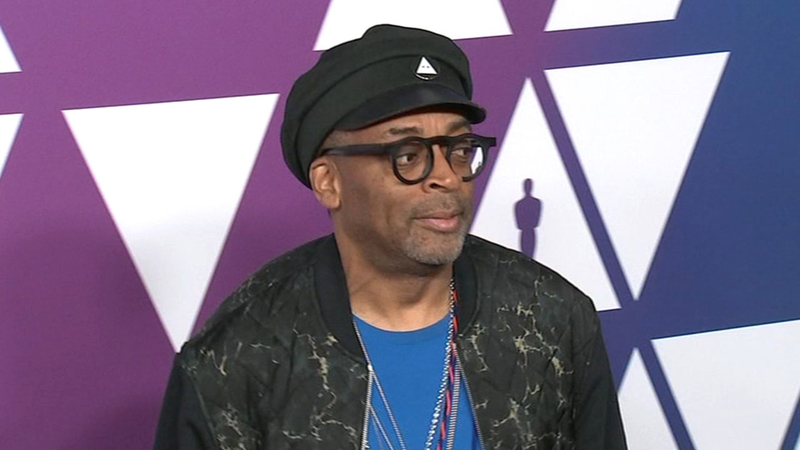 LOS ANGELES -- Spike Lee first burst onto the Oscar scene in 1989 with his hit film "Do the Right Thing," which earned him a screenplay nomination.

Lee has given us decades of distinctive films; culminating right now with the topical story of "Blackkklansman." The film gave Lee his first directing Oscar nomination.

"Blackkklansman" is also up for an Oscar best picture, and Lee is a producer. He's also a nominee for best adapted screenplay. He says the best part of the nominations is the fact he gets to share them with talented colleagues who've been with him for years.

"It was a good feeling because in order I saw on television, I see my longtime collaborator Barry Brown gets in for editor, my longtime composer Terence Blanchard gets in. Then I saw we got adapted screenplay," said Lee. "So it wasn't just for me, that was for all of us combined."

After years of making films that push the envelope, Lee says he's always been one to take a chance.

"If you have commitment to what you're doing, then roll the dice! And you know sometimes it comes up snake eyes," laughed Lee. "The thing I've learned, going on my fourth decade in filmmaking, timing is everything. And with this film, the stars aligned. Everything clicked. And it's very rare that it happens."