Spike Lee calls for diversity as he accepts honorary Oscar 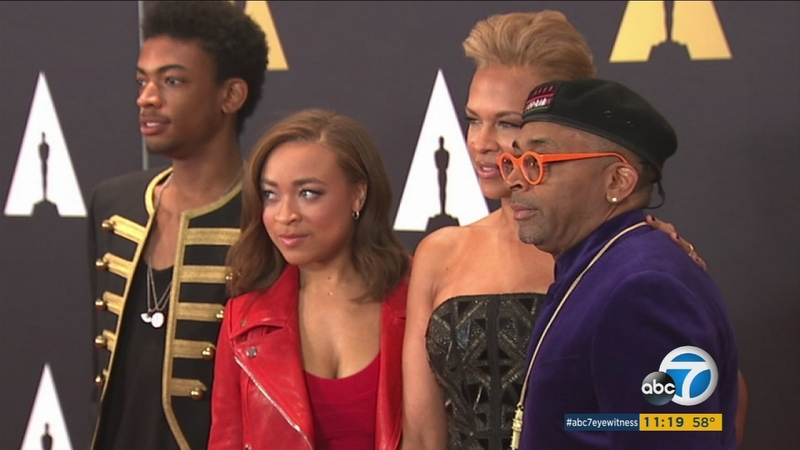 Spike Lee calls for diversity as he accepts honorary Oscar

HOLLYWOOD, LOS ANGELES -- Spike Lee told an audience of entertainment luminaries that it's easier for a black person to become President of the United States than head of a Hollywood studio or network.

Lee made the remarks Saturday as he accepted an Oscar statuette at the film academy's seventh annual Governors Awards dinner in Hollywood, where Gena Rowlands and Debbie Reynolds were also honorees.

"We need to have some serious discussions about diversity and get some flavor up in this," Lee said. "This industry is so behind sports it's ridiculous."

The filmmaker praised Academy of Motion Picture Arts and Sciences president Cheryl Boone Isaacs for "trying to do something that needs to be done." Earlier in the evening, Isaacs called on the industry powers in attendance to take action toward "recognizing and embracing a broad cross-section of talent." She also announced the academy's new five-year plan to improve diversity in its staff and governance.

Isaacs opened the Governors Awards ceremony with condolences for France in the wake of the terrorist attacks.

"All of us here stand in solidarity and support of France and the French people," she said. "Our connection with the film-loving French is especially deep."

Lee offered "peace and love to people in France" as he received his award. Denzel Washington, Wesley Snipes and Samuel L. Jackson brought the filmmaker onstage for his Oscar.

Cate Blanchett and Laura Linney each paid tribute to Rowlands, calling her a trailblazer and inspiration. The 85-year-old actress, whose career spans six decades, received her Oscar from her son, Nick Cassavettes, who directed his mother in 2004's "The Notebook." He noted that the award was "the first Oscar in the family."

Looking lovingly at the golden trophy, Rowlands thanked the academy governors for "introducing me to this fine fellow."

Reynolds received the Jean Hersholt Humanitarian Award. Jane Fonda and Meryl Streep introduced the 83-year-old entertainer, who announced Friday that she would be unable to attend the ceremony.

Reynolds was recognized for her decades-long commitment to various charities, including the mental health organization she founded, the Thalians. Her granddaughter accepted Reynolds' statuette.

A live band played throughout the evening, and there were two musical interludes: Zooey Deschanel performed the Oscar-nominated song Reynolds sang in 1958's "Tammy and the Bachelor." Aloe Blacc sang "A Change is Gonna Come" as part of Lee's introduction.