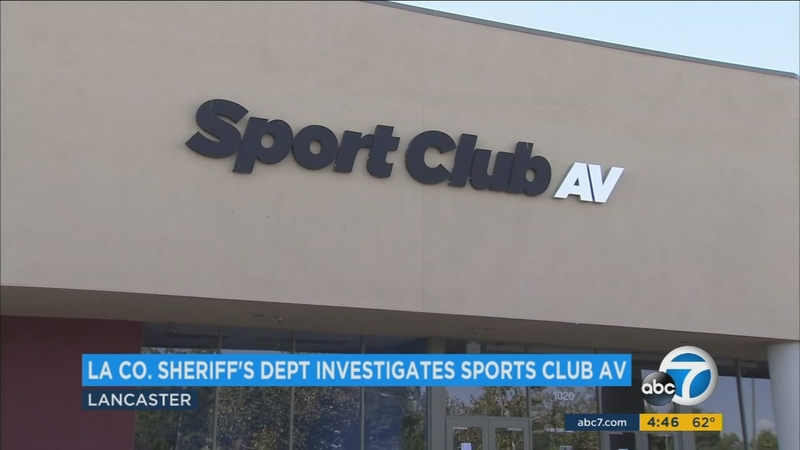 LANCASTER, Calif. (KABC) -- Potentially hundreds of victims were scammed by the After the Sports Club AV in Lancaster, which had allegedly charged members for multiple months in advance before filing for bankruptcy and abruptly shutting its doors in September.

"The owner had double the dues for some of the members and took the money out through bank accounts withdrawals and then closed the business immediately," Los Angeles County Sheriff's Deputy Miguel Ruiz said. "So we're investigating this as a theft through false pretenses."

According to detectives, victims have lost thousands of dollars.

Initial attempts by Eyewitness News to contact the gym's owner have been left without response.

The building that once housed the gym continues to sit empty since closing.

"We don't have any arrest charges, we have charges that are pending. We are continuing on with the investigation," Ruiz said. "I know there's a lot of anger, there's a lot of upset people out there. The physical business itself is no longer in control by the owner of the sports club. We want to let people know not to vandalize the business."
Related topics:
lancasterlos angeles countyfitnessgymscamfraud
Copyright © 2022 KABC Television, LLC. All rights reserved.
TOP STORIES
Woman killed in 'targeted ambush' at her birthday party in Inglewood
LAUSD to require students to wear non-cloth face masks starting Monday
5 tax changes that can boost your refund this year
Millions of at-home COVID tests at Monterey Park warehouse backlogged
Rams advance to NFC Championship with win over Bucs
VIDEO: Amazon driver comes face to face with bear during delivery
Activists call for reward after teen found dead along South LA freeway
Show More
COVID hospitalizations decrease in LA County for third consecutive day
COVID testing mega-site set to open in Beverly Hills
Video shows wild street takeover near Fairfax District
Fraudulent COVID testing sites shut down in South Gate, Bell Gardens
High winds topple massive trees in La Verne; public park red-tagged
More TOP STORIES News