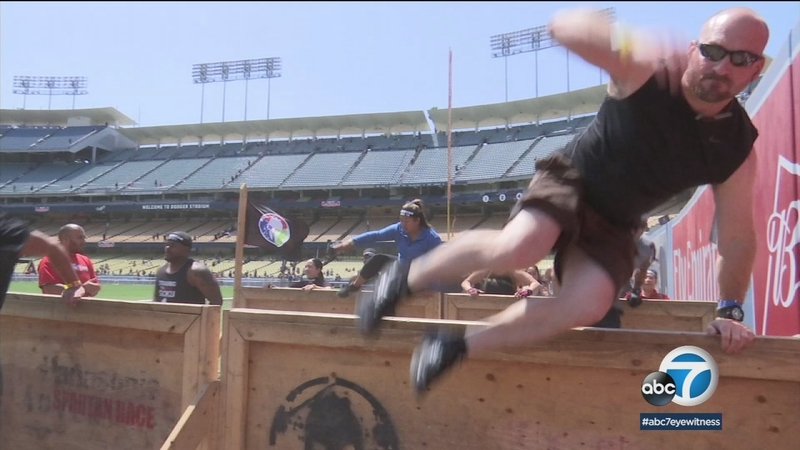 It's called a Spartan race. If you're competing as a team you're only as fast as your slowest team member.

Or in some cases - slowest family member.

"I've been wanting to do this for a long time and I finally talked him (his son) into doing it," said one father who brought five members of his family.

Dodger Stadium is tall. So the toughest challenge wasn't one of the obstacles.

"The stairs are our friends, and our worst enemy," said Durnan.

Saturday more than 8,000 athletes took to Dodgers Stadium like it was their own personal playoff game.

Spartan races have been going on for the better part of a decade.

But this is the second at Dodger Stadium.

"I'm from Los Angeles and I've been to this stadium for games and camp. But there's places I saw today that I've never seen," said one female competitor.

She added, throwing the spear in Hurculean Hoist has always been her greatest challenge. But Saturday he accomplished it - which means no burpies (doing a pushup then jumping back up to your feet).

The elite ravaged through the Ravine in just over 20 minutes.

"I'm in my 40s and I have four kids," said women's winner Faye Morgan.

When you compete in a Spartan race, you leave your excuses at the door.