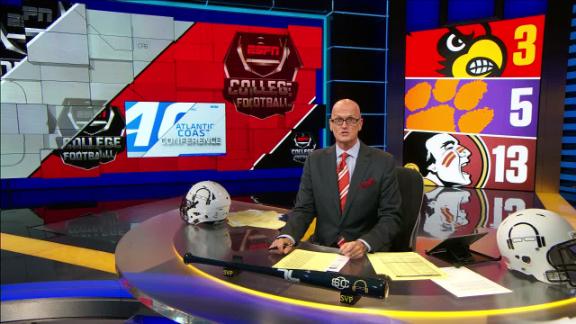 The Atlantic Coast Conference will turn to a ranking from a privately contracted company to determine which team will play for the league title if No. 3 Louisville, No. 5 Clemsonand No. 13 Florida Statefinish in a three-way tie atop the Atlantic Division.

The ACC has partnered with SportSource Analytics, the same company that provides statistics to the College Football Playoff selection committee members.

This particular ranking, though -- a team rating score metric -- is not given to the CFP committee members, and it's not free to the public like the former BCS standings, which was also used to break three-way ties. The highest-ranked team in the team rating score metric would win the Atlantic Division, and SportSource Analytics would permit the ACC to release the ranking of the teams in the conference in the event it is required to break a tie.

This would be the ACC's seventh tiebreaker, and for it to even come to fruition in its only likely form, Clemson has to beat Louisville on Oct. 1, and Florida State has to beat Clemson at home on Oct. 29 -- and all three teams couldn't lose again.

The ACC decided to use SportSource Analytics as its No. 7 tiebreaker this summer because the CFP ranking it would need isn't released until Nov. 29 and the ACC title game is Dec. 3.

"The decision to change our tiebreaker from utilizing the CFP ranking to the team rating score was based on the reality that we're not in a position to wait until Tuesday night to determine a division champion that's going to participate in Saturday's championship game," ACC senior associate commissioner Michael Strickland said. "This summer, our athletic directors unanimously decided to insert this metric as the seventh and final step before a blind draw."

SportSource Analytics' main customer base is football coaching staffs, athletic directors, conferences and agents, but its subscriber base is not limited to anyone. Its current target clientele is not the average college football fan. The group spends most of its time creating tools and platforms for a very specialized market.

"We're willing to leave the door open to making that rating available in the future," SSA co-founder Andrew Borland said, "potentially for a low cost to a consumer market."

The team rating score is generally available in almost all packages, but only to platform subscribers, a cost that typically begins around $10,000.

SportSource Analytics explained the team rating score as "a metric that evaluates all facets of on-field team performance that are highly correlated to team success and combines them into a single comparable value." It combines statistics from offense, defense and special teams and uses "individual statistics that are a mix of raw, tempo-agnostic, opponent-adjusted and efficiency metrics." Conference and nonconference winning percentages, as well as strength of schedule, also factor into the statistic. 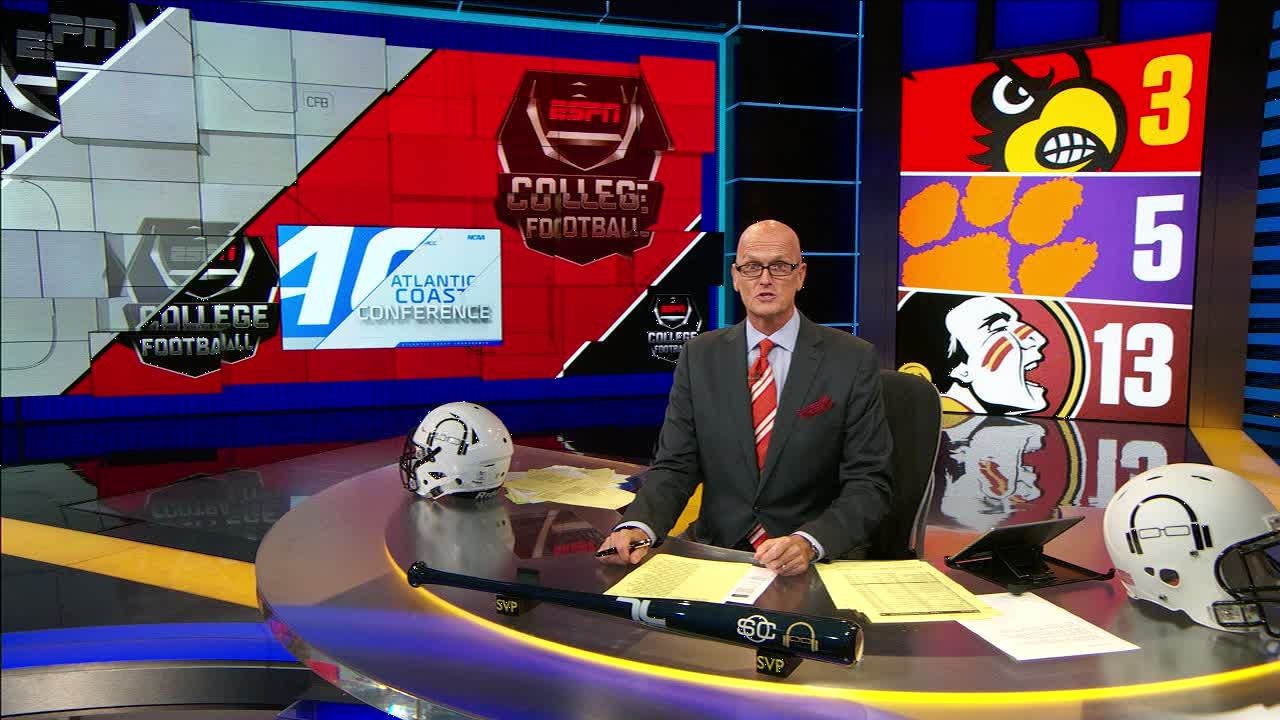