Alex Wood gets $6 million from Dodgers; Yasmani Grandal gets $7.9 million 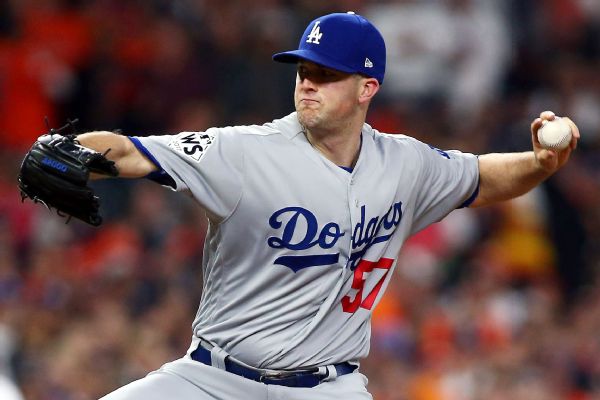 LOS ANGELES -- All-Star pitcher Alex Wood agreed to a $6 million deal with the Dodgers, and catcher Yasmani Grandal settled at $7.9 million. They are among seven Los Angeles players agreeing to one-year contracts that avoid arbitration.

The deals Friday added $24.1 million to the Dodgers' luxury tax payroll and raised it to $149,069,286 for 18 players with agreements. The Dodgers' tax payroll projects to $183 million, including $10 million for the rest of their 40-man roster, a $10 million charge for cash transactions in trades, plus benefits totaling $14,044,600. That puts Los Angeles on track to drop below this year's $197 million tax threshold.