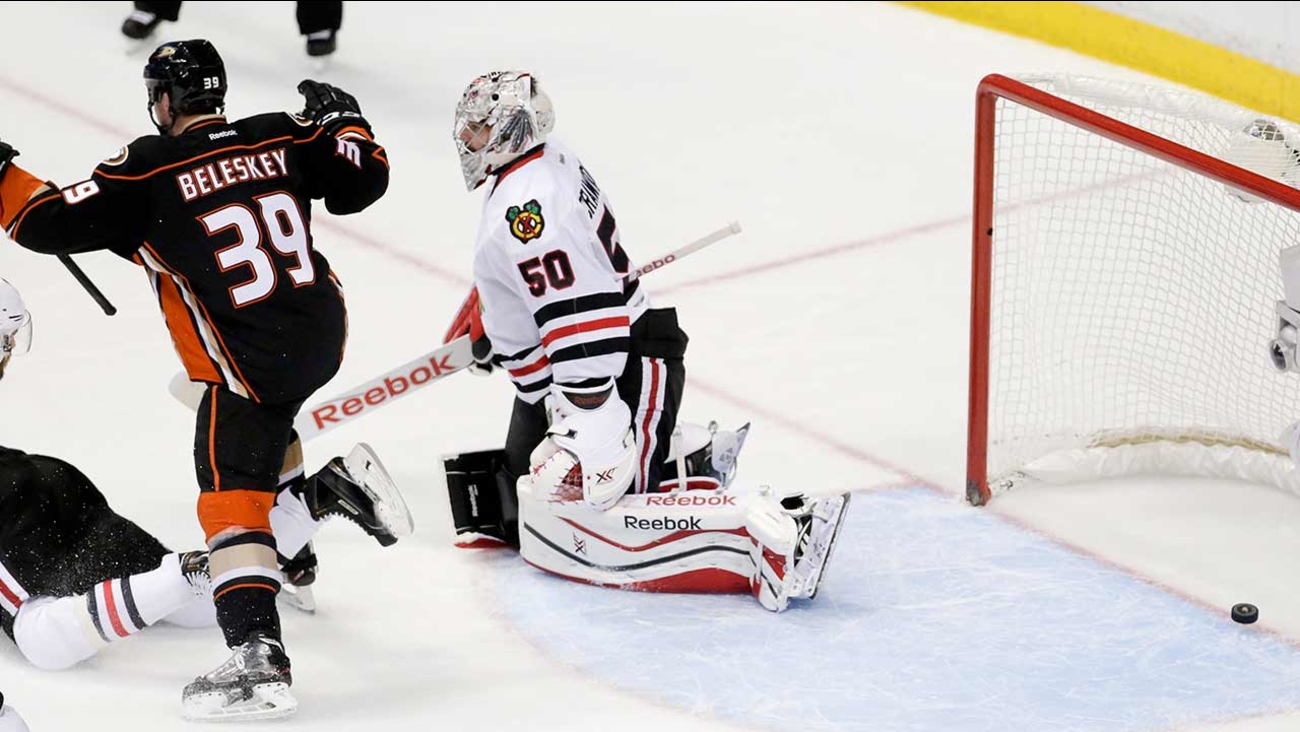 ANAHEIM, Calif. (KABC) -- The mayors of Anaheim and Chicago have placed a bet on the Western Conference Finals between the Ducks and the Blackhawks.

"The friendly wager will include an exchange of food and beverage, plus a contribution to a local charity," the city of Anaheim said in a statement.

If the Blackhawks lose the series, Chicago Mayor Rahm Emanuel will send some craft beer from Chicago's Slap Shot Brewery, a tin of Garrett's popcorn, some neon green hot dog relish and a contribution to ACT Anaheim, which provides grants to address gaps in services for Anaheim youths.

If the Ducks lose, Anaheim Mayor Tom Tait will send a variety of craft beer from Anaheim's breweries and a case of Anaheim chilies, as well as donate to Becoming A Man, an organization for at-risk boys from seventh through 12th grades.