Angels opt out of stadium lease in Anaheim 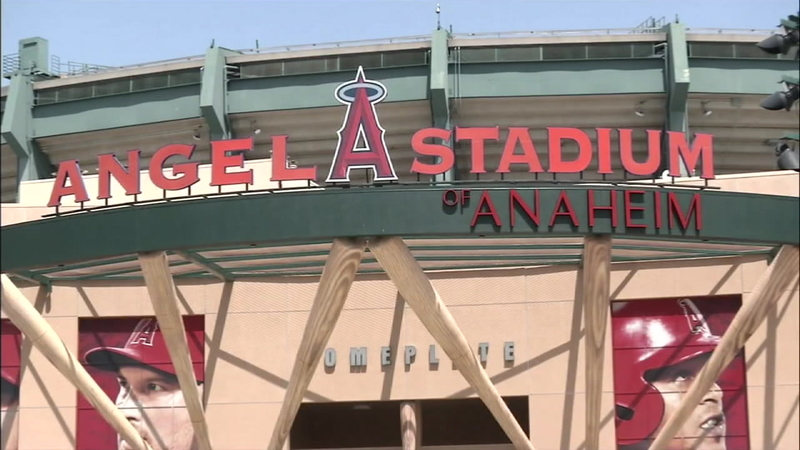 Angels opt out of stadium lease in Anaheim

ANAHEIM, Calif. (KABC) -- The Angels have opted out of their lease with the city of Anaheim, opening the door to the possibility that the team may move to a different host city in the Southland.

Team officials sent a letter to the city about its decision to opt out of the existing lease with Angel Stadium.

In a statement, Angels President John Carpino said: "As we look to the future, we need the ability to continue to deliver a high-quality fan experience beyond what the original lease allows. It is important that we look at all our options and how we can best serve our fans now and in the future."

Also, Angels Baseball Chairman Dennis Kuhl sent a letter to the team's sponsors and partners, letting them know about the decision.

That letter read, in part, "Today, we notified the City that we have decided to exercise our one-time opt-out option in the existing lease. It was important to make this decision, so we can explore all options and continue to give our fans a great experience. There will be no change for the 2019 Season, as the Team will continue to play at Angel Stadium."

It's not clear if the Angels will head elsewhere, but the move to opt out of the lease sets the stage for another round of negotiations.

Angel Stadium is the fourth oldest ballpark in the major leagues, behind Fenway Park, Wrigley Field and Dodger Stadium.

Council member Kris Murray accuses some on the city council of being anti-business. Disney pulled out of a deal with Anaheim last week to build a four-diamond hotel.

"The city needs to negotiate in good faith and that hasn't happened," Murray said. "They're going to keep their options open, and it's a smart business move on their part."

Next month, Anaheim voters will elect a new mayor and three new council members who will lead the negotiations with the Angels.

The city of Anaheim released the following statement, saying there's no better place for the team than in Anaheim: We look forward to many great years of Angels baseball in Anaheim. We don't believe there is a better place for the team than in the heart of Orange County's most exciting city. The Angels' paid attendance here puts them in rare company as part of a group including the Dodgers, Yankees and Cubs that sell more than 3 million tickets each year. As fun as baseball is in Anaheim, this is a reminder that this is still a business. And we understand that the Angels need to preserve all options available. We welcome talking with the team about the future of baseball in Anaheim.

As for fans, they say the fourth-oldest stadium in baseball needs upgrades.

"It's old and it need improvements," said Angels fan Joe Bilotta. "It needs to be brought up to today's standards. All the other stadiums are just rocking it with food and everything else, and Angel Stadium is not doing it."

The Angels previously considered moves to neighboring Southern California cities, most notably Tustin. The team has played at the city-owned Angel Stadium since it opened in 1966.