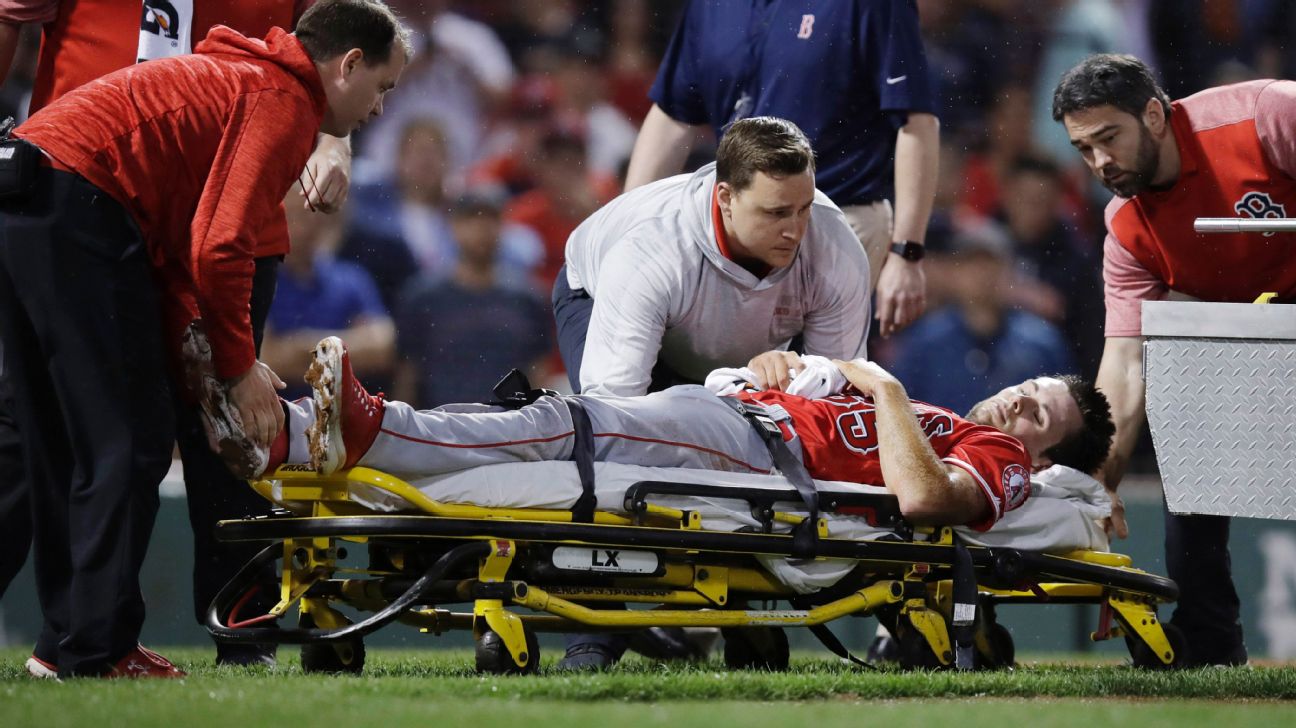 Los Angeles Angels pitcher Jake Jewell's season is over after he broke his right fibula in Wednesday night's game with the Red Sox in Boston.

Jewell was trying to make a play at the plate in the eighth inning. With runners on second and third and Mitch Moreland at the plate, Jewell uncorked a wild pitch.

He raced to the plate to cover and appeared to slip before getting there, with his right ankle getting caught beneath him.

The right-hander remained down on the ground for several minutes before a stretcher was wheeled out to home plate. He was taken to Massachusetts General Hospital for evaluation.

Jewell, 25, had been recalled from Triple-A Salt Lake before Wednesday's game. He had been 3-4 with five saves and a 3.08 ERA in a combined 26 relief appearances this season between Double-A Mobile and Salt Lake.