Angels' Shohei Ohtani shut down as pitcher, day-to-day as DH 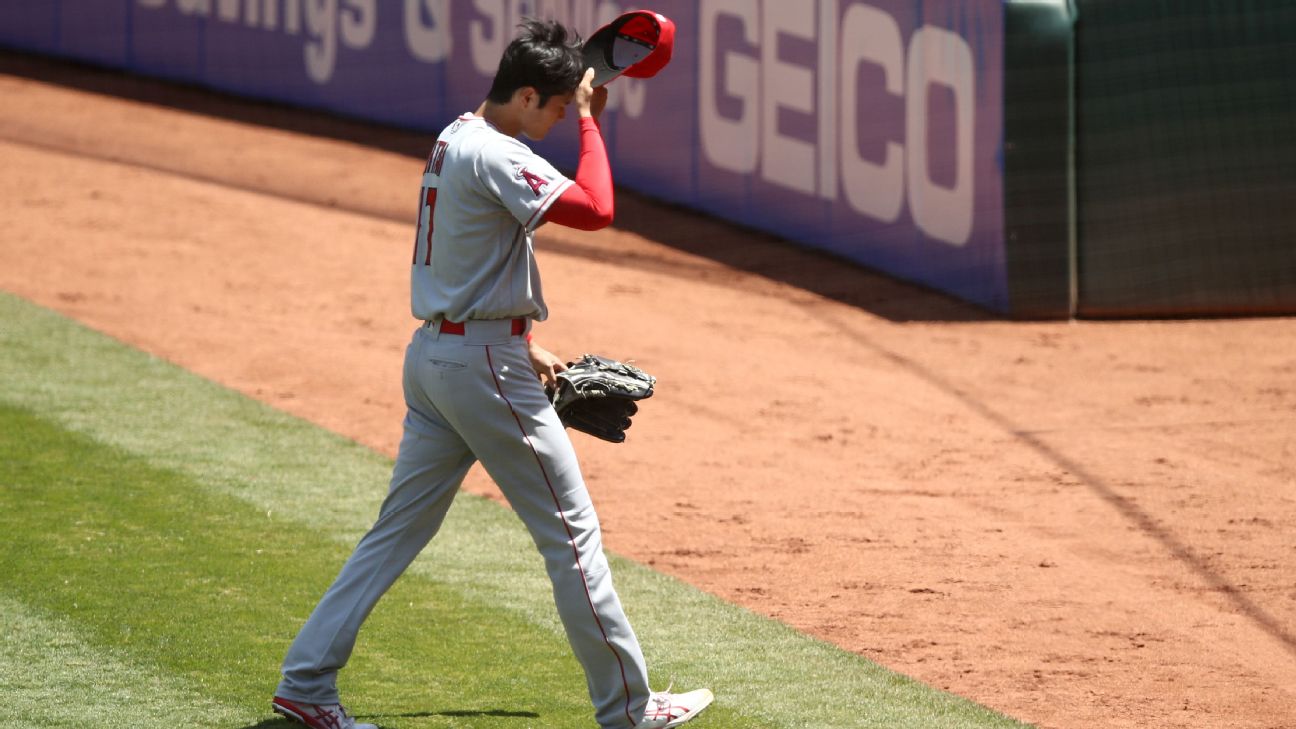 Shohei Ohtani has a Grade 1-2 strain of the flexor pronator mass near his surgically repaired right elbow and will cease pitching for the foreseeable future, the Los Angeles Angels announced on Monday.

The team said in a statement that those who have that condition usually wait four to six weeks before beginning a throwing progression, which, given the shortened season, all but rules out the possibility of Ohtani starting for the Angels in 2020. The Angels said Ohtani is traveling with the team to Seattle and that his status as a designated hitter is "day to day."


Ohtani, who underwent Tommy John surgery in October 2018, has recorded only five outs in his first two starts of the season. He exited after requiring 42 pitches to record the first two outs of the second inning on Sunday and later complained of discomfort in his pitching arm, prompting an MRI. Ohtani's last three fastballs did not break 90 mph.

Ohtani's injury is the equivalent of a forearm strain, which is synonymous with a tear. Grade 1 is considered a slight tear, and Grade 2 brings the possibility of a more problematic injury.


The flexor mass is a collection of muscles and tendons in the forearm near the elbow. The condition could be an indication that there has been too much stress on the inner part of Ohtani's elbow, which is 21 months removed from a ligament-replacement procedure. But assuming the repaired ulnar collateral ligament is structurally sound, there's hope that a period of rest before building back up again could eliminate the need for invasive surgery.

The Angels still view Ohtani as a two-way player and are not entertaining the possibility of making him only a hitter, sources told ESPN.
Report a correction or typo
Related topics:
sportsespnnewslos angeles angelsshohei ohtani
Copyright © 2020 ESPN Internet Ventures. All rights reserved.
More Videos
From CNN Newsource affiliates
TOP STORIES