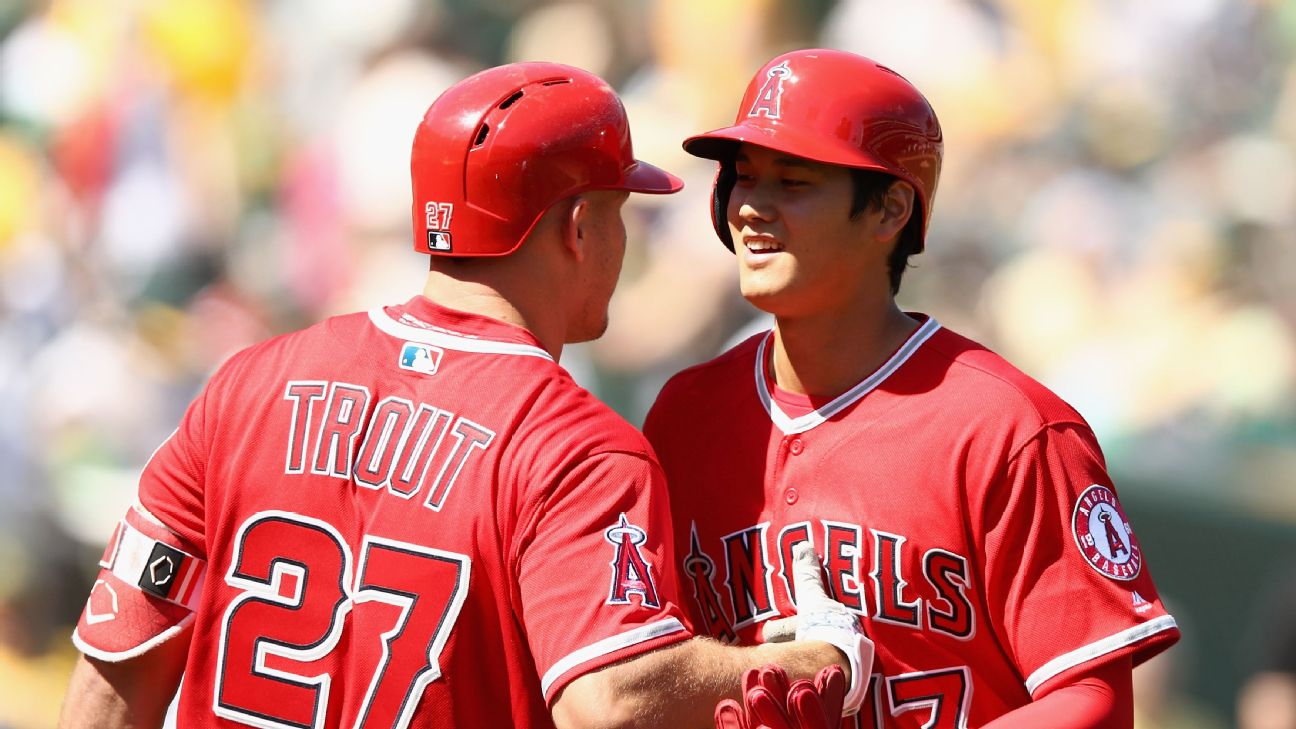 Shohei Ohtani is moving on up.

The Los Angeles Angels' two-way sensation is hitting second Tuesday night against the Houston Astrosin Anaheim. It is the first time he has been in that spot in his career.

Ohtani will follow Mike Trout in the order when the Angels oppose Astros fireballer Gerrit Cole. Trout has typically hit second for Los Angeles; he has hit leadoff just twice since 2014 (both in September last season). Ohtani, meanwhile, started the season hitting eighth before being moved up.

Speaking before the game, Angels manager Mike Scioscia said the change in the order was due to regular leadoff man Zack Cosartgetting the day off. Scioscia wouldn't say if Trout-Ohtani as 1-2 would remain after Tuesday's game.