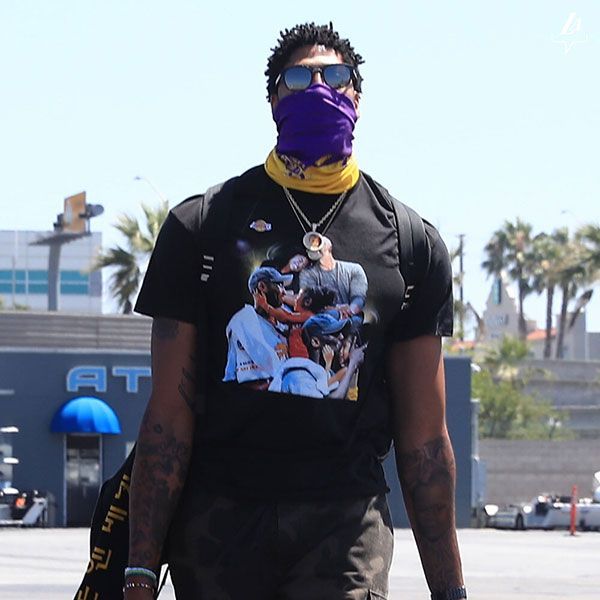 The Los Angeles Lakers don't know how they'll look in Thursday's game against the Los Angeles Clippers just yet because they're waiting to find out just how well Anthony Davis can see.

Davis, who was inadvertently poked in the right eye by Michael Carter-Williams during Saturday's scrimmage against the Orlando Magic, did not practice Tuesday. The All-Star big man spent the session in a seat on the sideline while sporting shaded eyewear.


"He's day-to-day, and while he's still dealing with discomfort there is some concern that he could potentially not play Thursday," Lakers coach Frank Vogel said on a video conference. "But we're hopeful that he does, and we'll see how that plays out. He's going to continue to be evaluated each day."

Vogel, who has used the term "discomfort" on several occasions to describe Davis' situation since Saturday, was asked to elaborate. Does that mean blurred vision? "I don't know if I'm allowed to really get into the details of it, other than that's what they told me to report," Vogel said. "So that's all I can give you."

Davis looked dominant in L.A.'s second scrimmage since reporting to Orlando, putting up nine points and 10 rebounds in limited minutes before exiting the game when Carter-Williams' hand inadvertently caught Davis' face while he was swiping for the ball. Davis, an eight-year veteran, averaged 26.7 points, 9.4 rebounds, 3.1 assists and 2.4 blocks in his inaugural season with the Lakers before the NBA went on hiatus in March.


The Lakers will have to update Davis' status on Wednesday, according to league rules. The NBA recently told teams in a memo that participation status for every player -- detailing an injury, illness or the potential for a rest day -- has to be submitted by 5 p.m. ET the day before a game, according to The Undefeated's Marc Spears.

Vogel's colloquial use of "day to day" for Davis is not an accepted status. Teams must choose to designate their players as available, probable, questionable, doubtful or out. 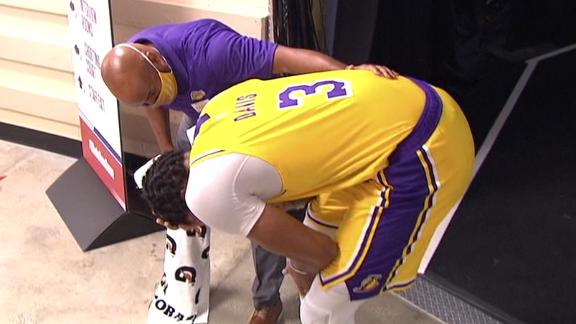 AD heads to locker room with eye injury
Anthony Davis suffers an eye poke while trying to grab a rebound. 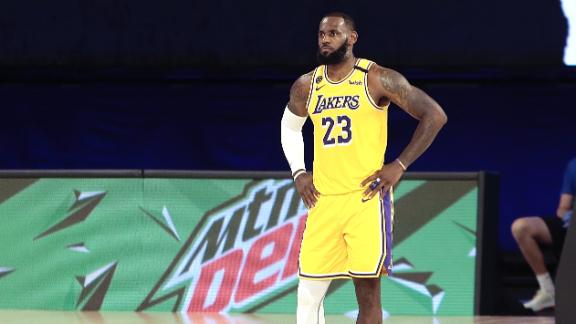 How much did the hiatus impact the Lakers?
Dave McMenamin examines the additions and losses to the Lakers' roster throughout the NBA's hiatus as LeBron James and company look to restart their quest for a title.
Report a correction or typo
Related topics:
sportsespnnewsanthony davisnbalos angeles lakers
Copyright © 2020 ESPN Internet Ventures. All rights reserved.
More Videos
From CNN Newsource affiliates
TOP STORIES