Blazers star Damian Lillard has knee sprain, listed as out for Game 5 vs. Lakers 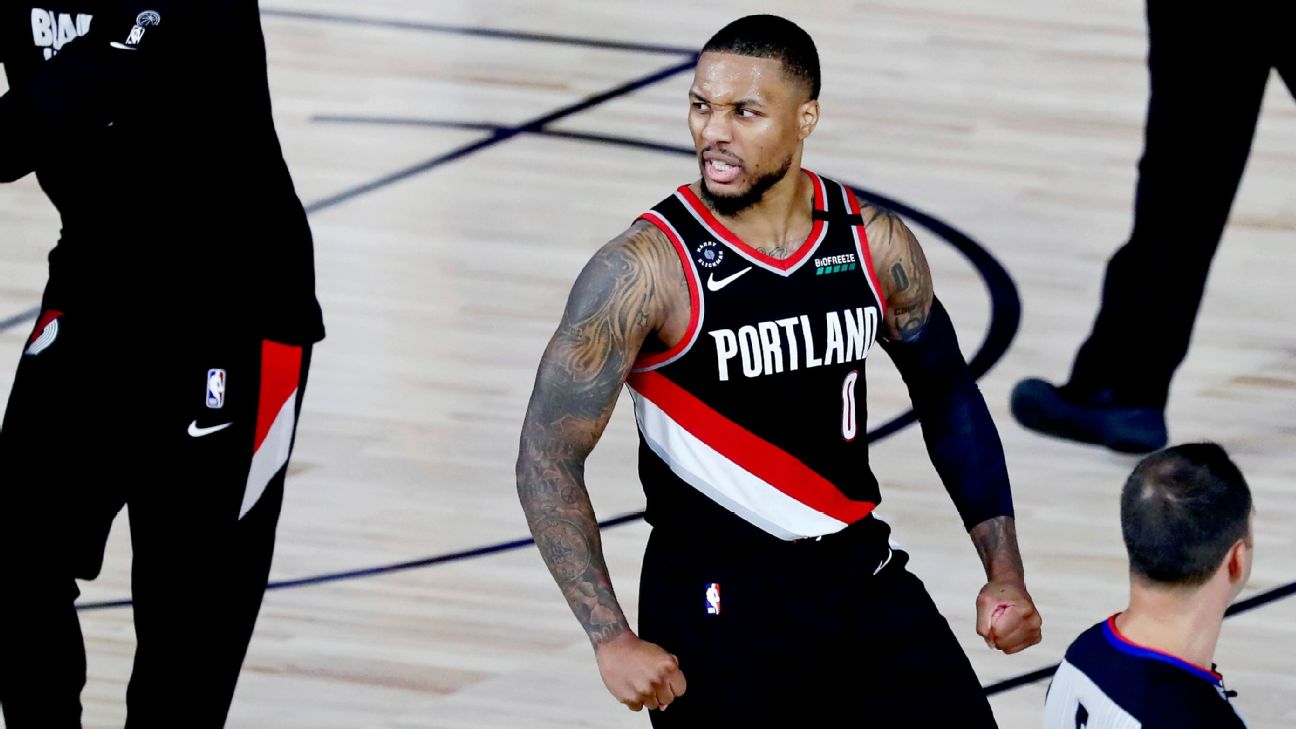 Trail Blazers star Damian Lillard has a right knee sprain and is listed as out for Game 5 of Portland's first-round playoff series against the Los Angeles Lakers.

The Blazers said Tuesday that the results of a second MRI confirmed the sprain, which Lillard sustained in the third quarter of Monday's 135-115 loss to the Lakers in Game 4.


Lillard underwent an initial MRI after the game, but the team said the results were inconclusive. Lillard scored just 11 points Monday on 3-of-9 shooting in 27 minutes. He appeared to injure the knee on a drive to the hoop on which he planted his right foot.

The Lakers have a 3-1 lead and can close out the series Wednesday in Game 5. Lillard was also playing through a dislocated left index finger that he suffered in Game 2.

Before the injuries, Lillard was the unanimous winner of the MVP award during the seeding games portion of the restarted season, the eight-game stretch that got the Blazers into the play-in round against the Memphis Grizzlies. He's averaged 30.5 points per game inside the Disney bubble since the season restarted July 30, that average second in the league only behind Houston's James Harden, who's averaging 33 points per contest.

It was more of the same in Game 1 for Lillard, who dropped 34 points and led Portland to an upset victory over the top-seeded Lakers.

Without Lillard, the Blazers will look to feature moreCJ McCollum-- who is playing through a non-displaced fracture in his back -- as well as second-year guard Anfernee Simons.


"We all know in the room that we're down 3-1 to a good team," coach Terry Stotts said. "We know the challenge in front of us, but I think we all have a belief in what we're able to do. Obviously we weren't doing somersaults this morning. We got beat badly and we have a lot of pride and I think we're looking for an opportunity to redeem ourselves tomorrow."

Lillard willed the Blazers into the postseason with one dazzling performance after another. Portland won its final three seeding games by a total of seven points; Lillard had 51, 61 and 42 points, respectively, in those games.

Lillard has been very durable during his eight NBA seasons, all of them coming with the Blazers. They've played 703 regular-season and playoff games since he was drafted; he's appeared in 670 of them, or 95.3%, and started his career by playing in 286 consecutive Portland contests, including playoff matchups. 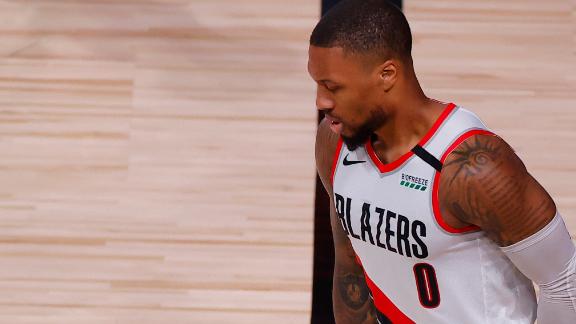