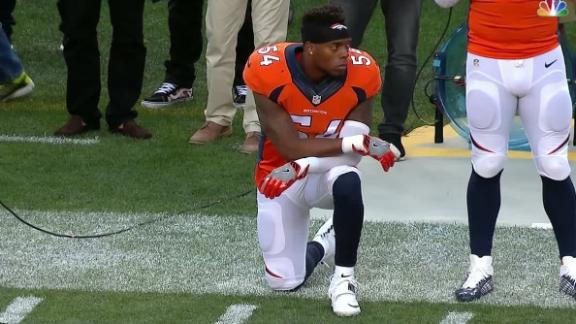 DENVER -- Broncos starting linebacker Brandon Marshall, a teammate of Colin Kaepernick's in college at Nevada, knelt during the national anthem before Thursday night's season-opening 21-20 win over the Carolina Panthers.

Marshall, who is active in community work, took a knee just before the national anthem and remained in that stance until the song was completed. The Broncos players were lined up, standing on the sideline, and Marshall was at the end of the line on the south end of Sports Authority Field at Mile High.

No other players were seen sitting or kneeling during the national anthem.

"I'm not against the military, police or America. I'm against social injustice," Marshall said after the game, adding that he "felt it was the right thing to do" and that he will continue to kneel during the anthem this season.

Marshall, the team's second-leading tackler during its run to a Super Bowl title last season, has expressed support for Kaepernick, who initially opted to not stand during the anthem in the preseason because of what he believes is racial injustice and police brutality in the United States.

Marshall said he also believes taking a knee during the anthem is a way to "create dialogue."

"I think the more people do it, the more it's seen -- there's going to be hate mail, hate comments, but at the same time, people will talk about it," he said. "Some people are going to stand by me, some people aren't. But I know my loved ones, the people that love me and care about me, they're going to stand behind me, and that's all that matters to me.

"A lot of stuff that happened this summer, the police brutality, that sparked a conversation. We can talk all we want, but actions speak louder than words, so when [Kaepernick] took a knee, or sat down, he got people thinking. Then he was able to say everything he felt, everything he meant."

In a statement Thursday, the Broncos said, "While we encourage members of our organization to stand during the national anthem, we understand and respect it being a personal decision."

"Our guys do a great job. But I don't babysit guys. I let them handle themselves. We tell our guys: 'Be yourself. Be your best self.'"

Marshall briefly left Thursday's game in the second quarter to be evaluated for a concussion but was cleared to return. He finished with six tackles. 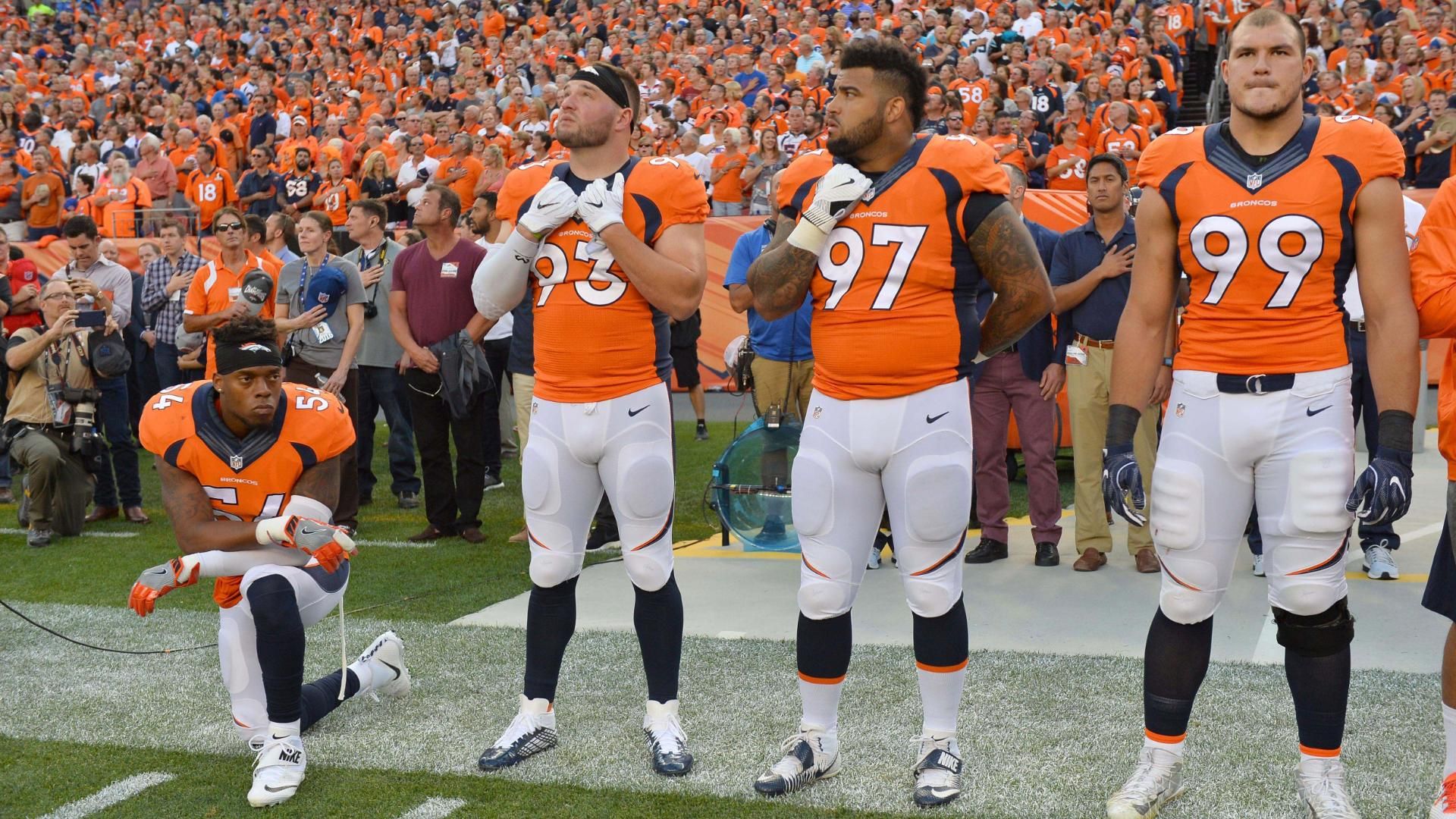