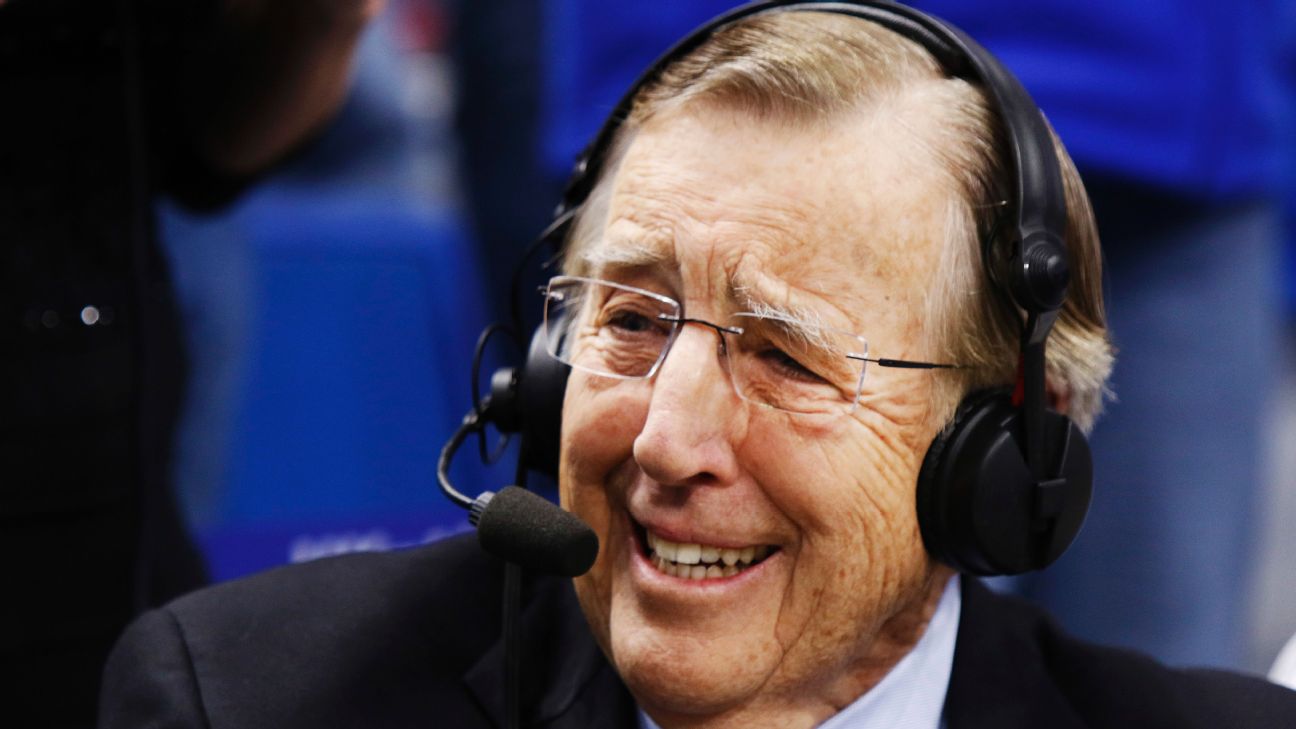 ALAMEDA, Calif. -- The Oakland Raiders, who are moving to Las Vegas in 2020, also are moving on from their radio voice of the past 21 years, as the team said Thursday that Greg Papa will not return this season.

Brent Musburger, a broadcasting veteran who has worked for ESPN, will replace Papa on the team's broadcast as the play-by-play announcer, a source confirmed to ESPN. The Las Vegas Review-Journal first reported Musburger as the replacement.

Musburger, 79, is already in Las Vegas with his fledgling Vegas Sports & Information Network channel, a sports-betting platform, on SiriusXM. He is one of the leading figures in sports broadcasting history, with 27 years at ESPN and ABC and 17 years with CBS, and has called games in both the NFL and college football as well as college basketball before retiring from ESPN and ABC in 2017 and going to Las Vegas with VSiN.

Still, Musburger has had his share of controversies over the years. As a newspaper columnist in 1968, he referred to Mexico City Olympics civil rights icons Tommie Smith and John Carlos as "black-skinned stormtroopers" after their raised-fist protest during their medal ceremony. (Team owner Mark Davis is tight with Smith, calling him a personal hero for his actions at the Games, and had him light the Al Davis Torch before a Raiders game in Mexico City in 2016.)

ESPN apologized for Musburger's comments on the looks of Katherine Webb, Alabama quarterback AJ McCarron's then-girlfriend, during the 2013 BCS national title game. And during the 2017 Sugar Bowl, Musburger raised the ire of many viewers by complimenting the game of Oklahoma running back Joe Mixon, who had punched a woman in 2014.

Davis issued a statement on Thursday: "The Raiders organization would like to thank Greg Papa for his two decades of service to the Silver and Black. He wasn't just given the job. He earned it. With intense preparation Greg was always ready for the call. Just as my generation remembers Bill King and 'Holy Toledo' ... The Raider Nation will remember Greg Papa and 'Touchdown Raiders'. We wish Greg and his family the best in whatever the future brings."

Papa had become as identifiable with the Raiders as many players after being hired by the late Al Davis in 1997. Years ago, Papa recalled Davis climbing to the booth in old Texas Stadium before his first broadcast to wish him luck, telling Papa to "dominate" the airwaves.

"In a lot of respects," Papa said at the time, "he was like a second father to me."

The Raiders are not retaining Papa's broadcast partner, two-time Super Bowl-winning coach Tom Flores, though he will still be associated with the team in a role to be determined.

Flores, 81, told ESPN he was "kind of semi-surprised" to be relieved of his radio duties in the wake of Papa's dismissal.

"We've been together for 21 years," Flores said. "I was just hoping to do at least one year in Vegas, but it didn't happen.

"I've been a Raider since 1960; I'm not going to walk away. My loyalty is to the Raiders. I'm a little hurt right now and we'll miss Greg and I'll miss being with the team, on the road, in the booth, in the press box. I'm just trying to digest it right now. Nothing lasts forever, but I'll always be affiliated with the team in my heart."

Former Raiders offensive tackle Lincoln Kennedy is a candidate to move up from field reporter to join Musburger in the booth as the analyst.