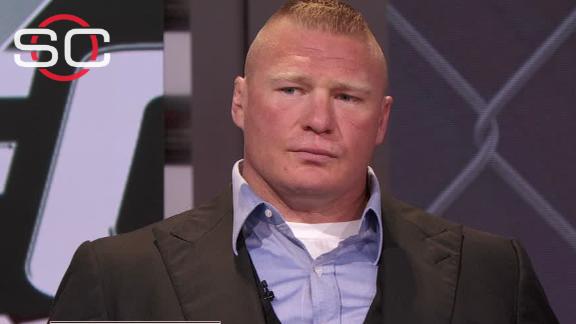 Lesnar, 38, announced the fight during a SportsCenter appearance on Monday. It will mark his first fight in the Octagon since December 2011.

In March 2015, Lesnar (5-3) announced he was "closing the door" on a career in MMA, but he admitted on Monday that he was never comfortable with that decision.

"It was the hardest decision for me to make," Lesnar told ESPN's Hannah Storm. "That decision has haunted me for the last 15 months. I figured I couldn't live like that for the rest of my life. I'm a big believer in living out your dreams and facing your fears."

The longtime professional wrestling star and former UFC heavyweight champion remains under contract with the WWE, but was "granted a one-off opportunity" to compete at UFC 200, according to a statement from the company. He is scheduled to appear in WWE's SummerSlam on Aug. 21.

Lesnar touted his credentials in both UFC and WWE. "I'm a crossover athlete. I'm the modern-day Bo Jackson, people," he said, referring to the professional football and baseball player. "I'm excited about it. I'm enthusiastic. I couldn't be more excited and honored to have the opportunity that both companies have faith in Brock Lesnar to allow him to step back into the Octagon," he said.

He faces a legitimate challenge in Hunt (12-10-1), who is coming off a first-round knockout over Frank Mir in March and is known as one of the UFC's hardest hitters. A New Zealand native, Hunt has nine knockout wins in his MMA career and fought for the interim championship in November 2014.

Lesnar, a former NCAA Division I wrestling champion, said he had no input in who his opponent would be.

"I'm a grappler at heart. [Hunt] is a heavy hitter. I think that's what the people want to see. The UFC ultimately culminated because we're going to put guys with opposing disciplines against each other. I think I match up very well. If Mark ends up on the ground, the fight's over."

Asked why White was willing to allow his return, Lesnar answered, "big business."

Lesnar won the UFC championship by knocking out Randy Couture in November 2008. He defended against Mir and Shane Carwin, but missed a year of competition in that time due to a bout with diverticulitis, an intestinal disorder. He's said the issue continued to plague him in his last three fights, in which he went 1-2.

Lesnar said he didn't know if a successful return at UFC 200 would encourage him to fight again. Around March 2015, when he announced he was stepping away from MMA for good, he had been in contact with the UFC regarding a contract and was training at that time.

He jokingly said on Monday he only started training for the July 9 bout over the weekend.

"It may just be a tease, I don't know the answer to that question right now," said Lesnar on whether he'll continue to fight past UFC 200. "We'll cross that road when we get there. I've got a big [WWE] event after that event, SummerSlam." 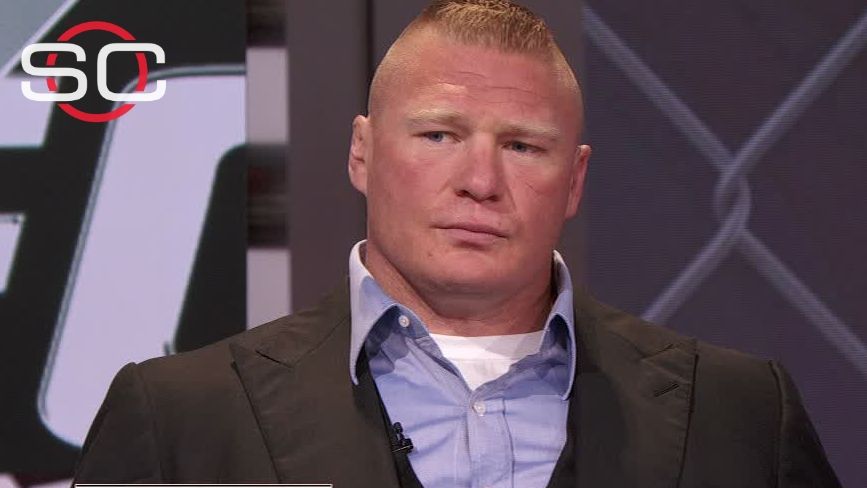