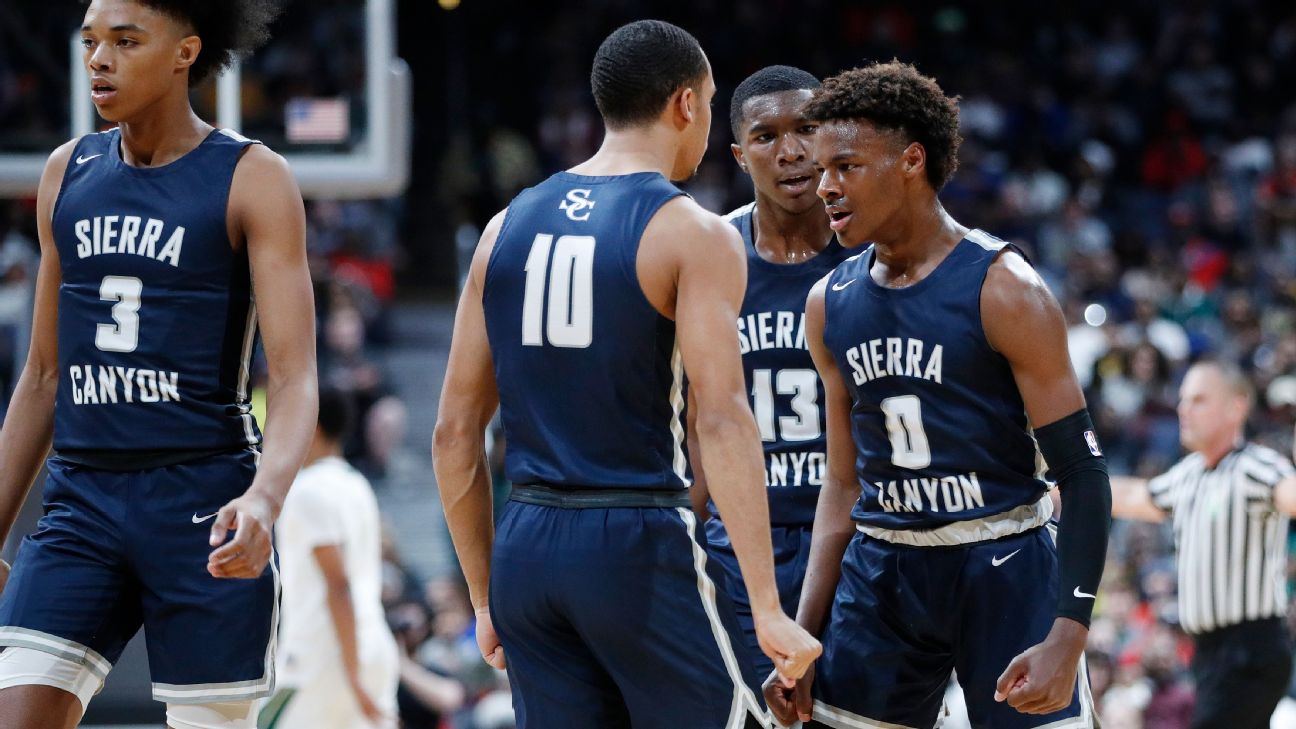 Less than 24 hours after the Los Angeles Lakers and LA Clippers' latest chapter in the Battle of L.A., another high-profile game will go down at Staples Center. On Saturday, the Chosen-1's Invitational will see LeBron James' alma mater, St. Vincent-St. Mary, take on his son Bronny James' high school, Sierra Canyon. The invitational is the brainchild of James, Nike and the Naismith Memorial Basketball Hall of Fame.

The two squads last met at Nationwide Arena in 2019, and it was an instant classic.


"It's full circle that I'm here in my home state, my son is here with his high school playing my alma mater," LeBron said during a halftime interview at last year's game.

The game's deciding moment came with 39 seconds remaining when Bronny stole an inbounds pass and followed with a layup, giving Sierra Canyon a one-point lead in what was ultimately a 59-56 victory over St. Vincent-St. Mary.

Bronny, a freshman at the time, provided a then-career-high 15 points off the bench and was named the game's MVP.


"I told my wife I needed to do what Stephen Curry's mom always does and get the half St. Vincent-St. Mary and half Sierra Canyon jersey," LeBron said.


This time around, the Sierra Canyon Trailblazers are led by UCLA commit Amari Bailey and USCcommit Kijani Wright, who are ranked as ESPN's No. 4 and No. 37 prospects for the class of 2022.

Heading into the game, the Trailblazers are ranked as ESPN's fifth-best high school basketball team in the nation, while St. Vincent-St. Mary lands outside the top 25.

The marquee matchup headlines a busy month for Sierra Canyon. The team is also set to star in a six-part documentary series titled"UNINTERRUPTED 's Top Class: The Life and Times of the Sierra Canyon Trailblazersthat premieres on Dec. 17. The show follows the team's quest to earn its third straight Southern California regional title and repeat as California state champions.

ESPN has an exclusive clip ahead of the second-season premiere. 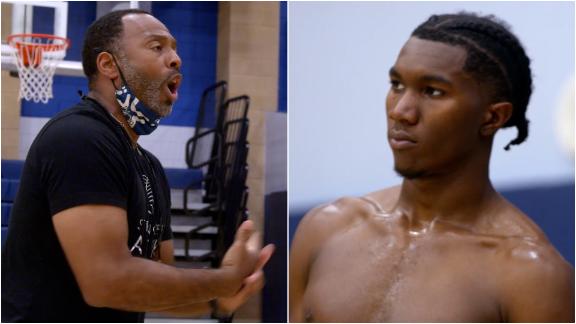 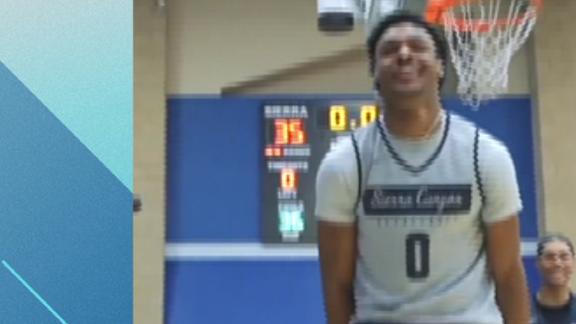