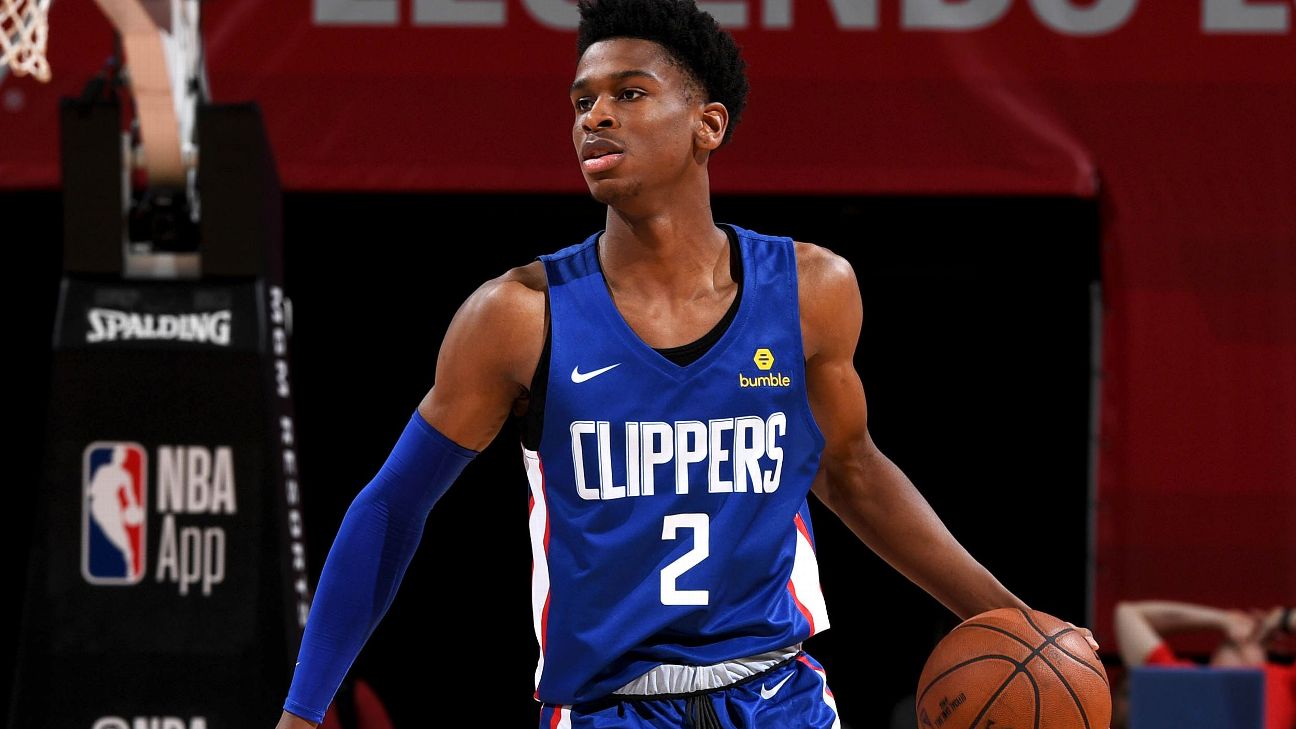 A year ago, Los Angeles Lakers rookie Kyle Kuzma was named MVP of the NBA summer league championship game as he and No. 2 overall pick Lonzo Ball led the Lakers to victory in Las Vegas.

Kuzma's success didn't stay in Vegas. He'd go on to become the lowest-drafted player on the All-Rookie first team (No. 27 overall), joining four players taken in the lottery.

So can studying the results from summer league help us uncover the next Kuzma? Or are we more likely to be led astray by outliers like Josh Selby, who shared 2012 NBA summer league MVP honors with Damian Lillard?

Let's take a closer look at how summer performance has translated to NBA competition:

Thanks to RealGM.com's database, I've collected summer league stats on all players dating back to 2004. I also have player projections from my SCHOENE projection system since the 2009-10 season, allowing us to look at which players have most exceeded expectations in summer play. Setting the minimum at 150 minutes played, here are the biggest summer surprises in terms of player win percentage (the per-minute version of my wins above replacement player metric):

You'll notice Kuzma doesn't quite crack the list. He ranks 12th by this measure, though we had a larger sample to judge by: He played 224 minutes, more than anyone in the top 10.

While none of these players have yet developed into All-Stars, the short-term results were impressive. Eight of the 10 -- all but Ian Clark and Stanley Johnson -- beat their SCHOENE projections during the regular season, and on average their winning percentages that season were about 50 points better than originally forecast.

At the other end of the spectrum, we see similar results. Nine of the 10 players who fell furthest short of their SCHOENE projection during summer league underperformed it during the regular season, too:

It's clear from these two groups that summer league doesn't tell us everything. After all, the underachievers still rated slightly better in the regular season than the overperformers despite relatively poor summer play. SCHOENE's projections are based on up to three seasons of data, so it's no surprise they'd have more predictive power than a handful of games.

At the same time, SCHOENE forecast the latter group to perform 114 points better than the former during the regular season, and the actual gap in their performance was just 11 points. So it's clear that summer league performance tells us something meaningful about how players are going to perform going forward.

Looking for this year's Kuzmas

Which players have shown with their performance in this year's summer league that they, too, might exceed expectations? Lowering the bar slightly to 100 minutes played because just 45 players had played 150 total minutes through Sunday's quarterfinal action, here are the biggest overperformers relative to their 2018-19 SCHOENE projection:

It's possible the Lakers could have found another gem late in the first round with Michigan center Moritz Wagner, who shot just 28 percent on 3s in six games before being ruled out with a left-knee contusion but dominated the glass and had 12 steals and 10 blocks in 130 minutes of action. Given that those stats tend to translate better to the regular season than shooting, the Lakers should feel good about Wagner's chances of contributing right away. Josh Hart has also been terrific this summer.

It should come as no surprise that Wendell Carter Jr. and Shai Gilgeous-Alexander, who were among the picks for the best rookie in summer league in our 5-on-5 on Monday, crack the leaderboard. But when it comes to exceeding expectations, they can't quite match New York Knicks second-round pick Mitchell Robinson.

Despite a relatively strong projection based on his effective play in the 2016 Nike EYBL, Robinson still leads all rookies on this list by virtue of the best per-minute win percentage for any player in summer league this year. Robinson made 67 percent of his 2-point attempts, pulled down more than a quarter of all available offensive rebounds and swatted one in every seven opponent 2-point attempts. He's the early favorite for steal of the draft.

Incidentally, if you're wondering about Robinson's teammate Kevin Knox, his advanced statistics didn't quite match up to the hype he generated in Las Vegas. Because he shot just 17-of-49 (35 percent) on 2-point attempts, Knox's improvement over his projection ranked just 54th of the 93 qualifying players.

While some veterans performed worse than expected, the most disappointing performance by a first-round pick came from No. 2 overall selection Marvin Bagley III. Bagley played three games in front of home fans with the Sacramento Kings but just one in Las Vegas prior to being diagnosed with a pelvic bone bruise. In that span, he shot 1-of-10 on 3s and 13-of-32 (41 percent) inside the arc while grabbing just 11 percent of available rebounds.

Four games is far too small a sample to draw any conclusions about Bagley's career, but it does appear more likely now that he'll fall short of what was already a pessimistic projection for his rookie season.