Can the "Comeback Kings" do it again? 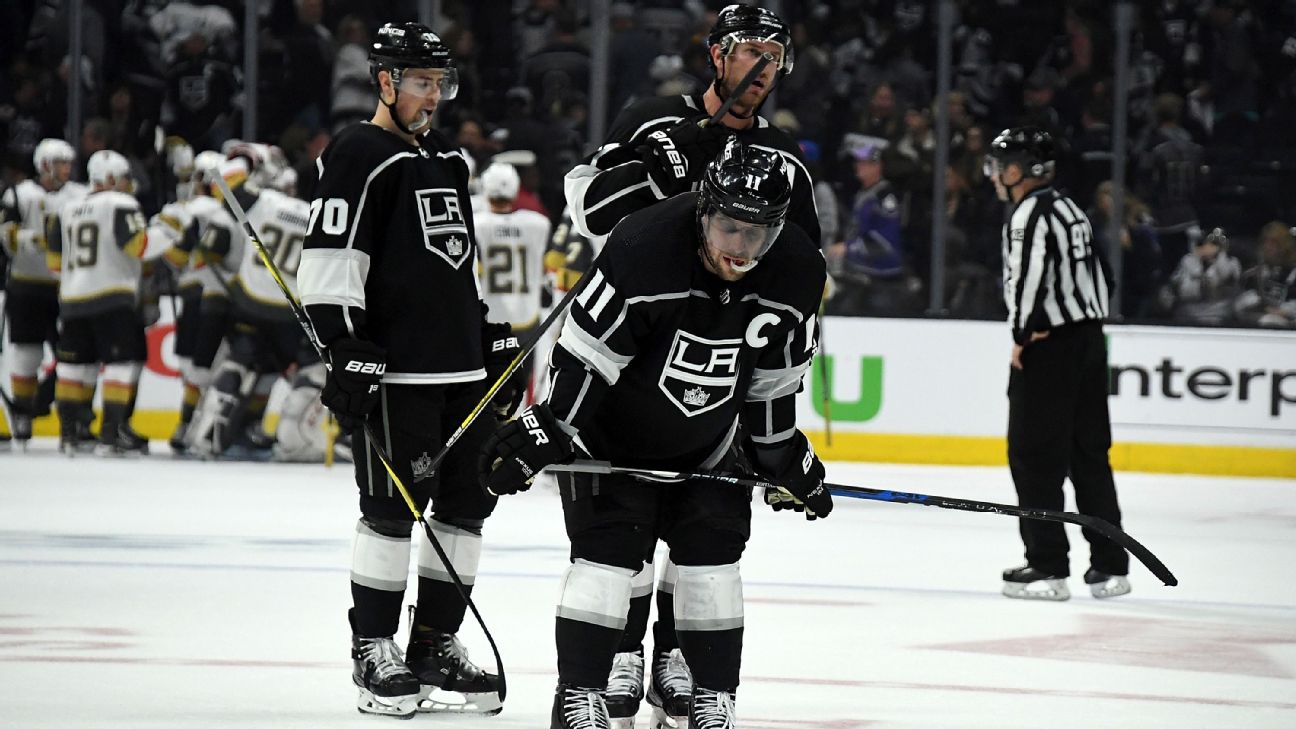 LOS ANGELES -- Outside of the Los Angeles Kings' training facility is a photo of the Stanley Cup and the names engraved on it after the Kings won the trophy in 2012 and 2014.

There are 11 players left on the roster from the team that won the Stanley Cup in 2014, meaning there are 11 players on the Kings who know what it takes to overcome an 0-3 series deficit in the first round on the way to winning it all.

If there is a silver lining in the Kings' current precarious position -- down 0-3 in their first-round series to Vegas Golden Knights -- it's that the task ahead may not seem as daunting as it would to other teams. The 2014 Kings are one of just five teams in all sports (four in hockey) to make the historic 0-3 series comeback -- and they believe that they can become the first franchise on the list twice.

"We know that it's possible. We've done it before," said Los Angeles defenseman Drew Doughty. "I don't think we're looking that far ahead. We just have to win one game right now. A series has so many momentum turns and you never know what could happen if we win that next game."

The turnaround point for the Kings' comeback in 2014 was actually their 4-3 overtime loss in Game 3 in Los Angeles. It was the first time the Kings thought they were the better team and believed they could win after dropping the first two games in San Jose, 6-3 and 7-2. Doughty believes this year's team might actually be more confident in their chances of winning four straight games since their three losses to the Golden Knights all were one-goal decisions.

"I think it's a little bit different," Doughty said. "I'm not saying we deserved to win all three of those games, but I feel like this series we've been a little closer to winning the games whereas in the San Jose series, especially the first two games, they absolutely dominated us. So it's a little different. We have a little more confidence going into this next game than we did before against San Jose, but we have a lot of work to do. They've outplayed us and beat us three games in a row and it's time that we wake up here."

Back in 2014, Mike Richards and Jeff Carter, who were on the 2010 Philadelphia Flyers team that came back from being down 0-3 to defeat the Boston Bruins in the Eastern Conference semifinals, served as examples that the seemingly impossible was very possible. This year, the locker room is littered with players who have been there before, although there likely won't be any motivational speeches harkening back to the 2014 squad.

"How many times has it been done? Four times?" said Kings right winger Tyler Toffoli. "So it's not something that is common, obviously, so if we do talk about it, it will be something that will be joked about. The group of guys that we have, that's the way we would bring things up. I think we just have to focus on winning one game."

The younger players on the Kings who were not on the roster in 2014 remember what the team did four years ago. Kings rookie Alex Iafallo was a freshman at Minnesota-Duluth when the Kings came back against the Sharks, and would like to be a part of history himself this year.

"We always [believe]. You know, all the experience and the veterans in this locker room, they've been through it all," said Iafallo. "They've been helping us young guys throughout the whole way. We believe in them and believe in ourselves, we'll be fine. ... We trust in ourselves. It's been done before. We look at each other and look across the room and we can definitely do it."

The Golden Knights are well aware of the Kings' history as the series resumes Tuesday with Game 4 in Los Angeles. The Kings may have caught the Sharks off-guard four years ago, but they couldn't do it again in 2016, when the Sharks took a 2-0 series lead and went on to win the series in five. After the Golden Knights took a 3-0 series lead on Sunday, no one in their locker room was celebrating, and many were pointing out that the Kings have won in this situation before. After all, it's kind of hard to both make history and fly under the radar.

"We have to stay composed," said Vegas left winger James Neal. "I like the way we've been all year. The games are going to get ramped up. The emotions are running high and it gets physical out there. It's tough. I just try to settle our group down, and [if we] continue to play our game and we'll be fine. They're going to have a hard push. It's going to be a desperate team. They've been in this situation before and they've won in this situation before, so we can't take shifts off and we'll continue to preach that."

Clichés fly early and often when talking to a team down 0-3 in a series, mainly because for the first time they are not giving you hallow platitudes when they say it is all about winning one game because there is no tomorrow and your back is against the wall. The Kings know they need to win four games in a row, but that can't happen without first winning one on Tuesday. It's a daunting task, but one that the Kings are familiar with.

"Having a few guys that have been through it definitely helps, but we've got to focus on winning one game and we'll move on from there," said Los Angeles defenseman Jake Muzzin. "We won one game at a time [in 2014] and we had guys in the room that believed we could come back and we were able to. You just have to believe and trust the team and trust the plan. You have to work extremely hard and if you believe and trust and focus, you can accomplish some pretty great things." 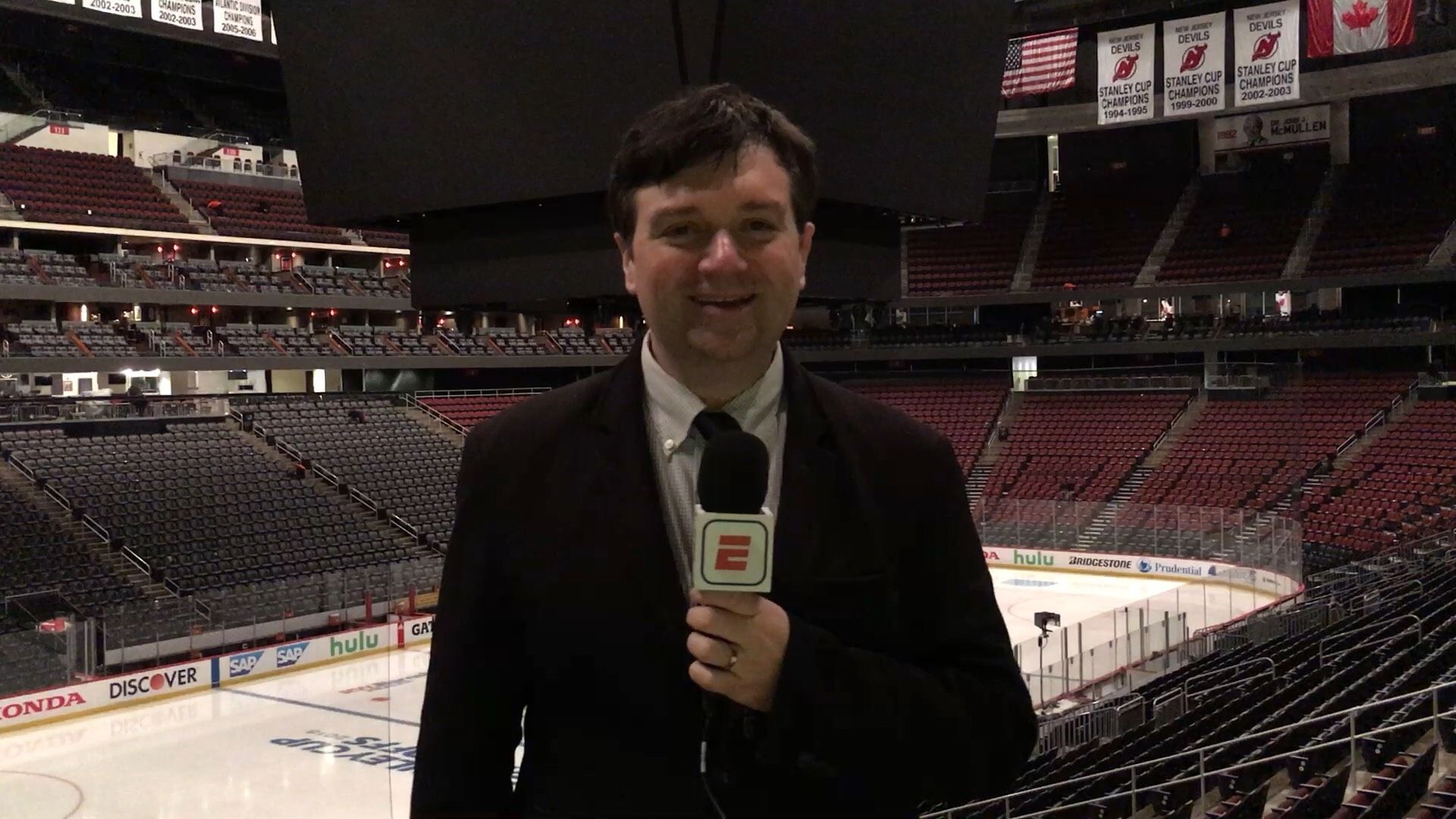