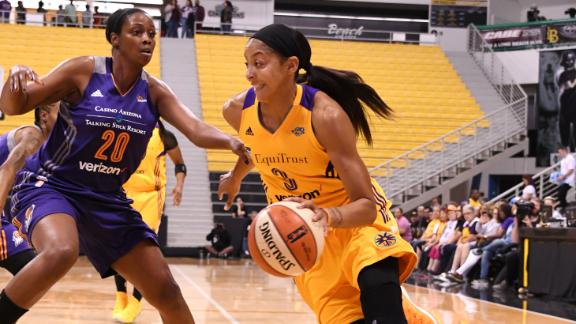 LONG BEACH, Calif. -- Candace Parker has been doing this as long as she has been playing basketball: When she's on, she makes everybody around her feel pretty much invincible.

"When I see her like that, my eyes light up," Los Angeles teammate Alana Beard said of how well Parker played from the tip Thursday in the Sparks' 86-72 victory over Phoenix in Game 2 of their best-of-five semifinal series.

"I could tell the difference between Game 1 and Game 2. Obviously, she had an issue with her ankle [Tuesday], and she didn't really play with pace and wasn't moving like she usually does. But then she came out in tonight's game, and I knew, 'It's go time.' When she's that locked in and engaged, she is the best player in the world, in my opinion, because she can do so much."

Parker indeed was a threat all over the court, finishing with 24 points, 13 rebounds, six assists and three blocked shots. Parker had twisted her ankle during warm-ups before Tuesday's opening game. Even then, though, Parker had 15 points, six rebounds and three assists in a 79-66 victory.

Thursday, the Mercury played better overall than they did Tuesday, save for the 18 turnovers that boosted a Sparks offense that doesn't need much help.

"I don't think you can beat a team like the Sparks if you turn the ball over," Phoenix coach Sandy Brondello said. "They're just too fast, and their guard play in the second half really hurt us."

Diana Taurasi led the Mercury, bouncing back from Tuesday's subpar performance with 21 points. Brittney Griner had 16 points, and Leilani Mitchell 15. But it wasn't enough against the Sparks, all of whom played well around Parker.

Odyssey Sims had one of her best games of the season with 21 points and five rebounds. Nneka Ogwumike had 18 points and nine rebounds. And Chelsea Gray ran the point expertly, getting 15 points and six assists.

But Parker really got the crowd going from the start at Walter Pyramid, on the campus of Long Beach State. The Sparks were bumped from their normal home, Staples Center in downtown Los Angeles, by a concert. But they've played at the Pyramid -- about 26 miles from Staples -- enough for it to be familiar. Plus the fans are closer to the action, and it's a smaller facility, so they sounded quite loud. And Parker gave them plenty to cheer about.

"Whenever CP comes out and is aggressive, we follow," said Sims, who is in her first season with the Sparks. "It makes us a better team. She's the motor for our offense."

Parker credited the Sparks' training staff for helping her ankle injury feel much better by Thursday.

And she also heard some news earlier in the day that perked her up: Her alma mater, Tennessee, reaffirmed its commitment to the Lady Vols logo, which in 2015 had been removed from all the school's women's teams except basketball to coincide with a change in apparel provider. Former athletic director Dave Hart made that decision, which was unpopular with a lot of Tennessee alumni and fans, who felt he was erasing the school's vast women's sports tradition.

John Currie, who took over as Tennessee's athletic director earlier this year, made it a priority to listen to those who were upset about the decision. Currie said Thursday the Lady Vol nickname and logo would be "restored to prominence."

Parker led Tennessee to NCAA titles in 2007 and '08, the last two the Lady Vols have won and the last of the late Pat Summitt's career.

"It means so much to me," Parker said Thursday of the decision. "I'm going to speak for Pat for a moment: She fought for all of women's sports, not just basketball. So when that was taken away from everybody else except for basketball, that bothered me. I'm really excited it's back."

Parker loves playing in her bright-orange shoes because she says that helps motivate her, too, and reminds her of her beloved mentor. And Summitt definitely would have been pleased with the game Parker played Thursday.

Parker's coach with the Sparks, Brian Agler, certainly was.

"Candace was energized tonight, and really competed at both ends," Agler said. "We even asked her to guard Brittney tonight at times, and she took on the challenge. Brittney is very difficult to defend one-on-one.

"Candace is so versatile. She can do so many things herself and also make her teammates better by the way she can distribute."

Beard said she considers Parker and Gray to be two of the best passers in the league. It's quite a compliment for a 6-foot-4 post player to be considered as good with dishing the ball as a point guard, but this is something we're used to seeing from Parker. It's part of what has always made her such a dangerous threat.

Her versatility was key in the Sparks winning the WNBA title last year. And now, she has led them to the brink of closing out their semifinal series. Los Angeles will try for the sweep in Game 3 on Sunday (ESPN, 5 p.m. ET) in Phoenix. 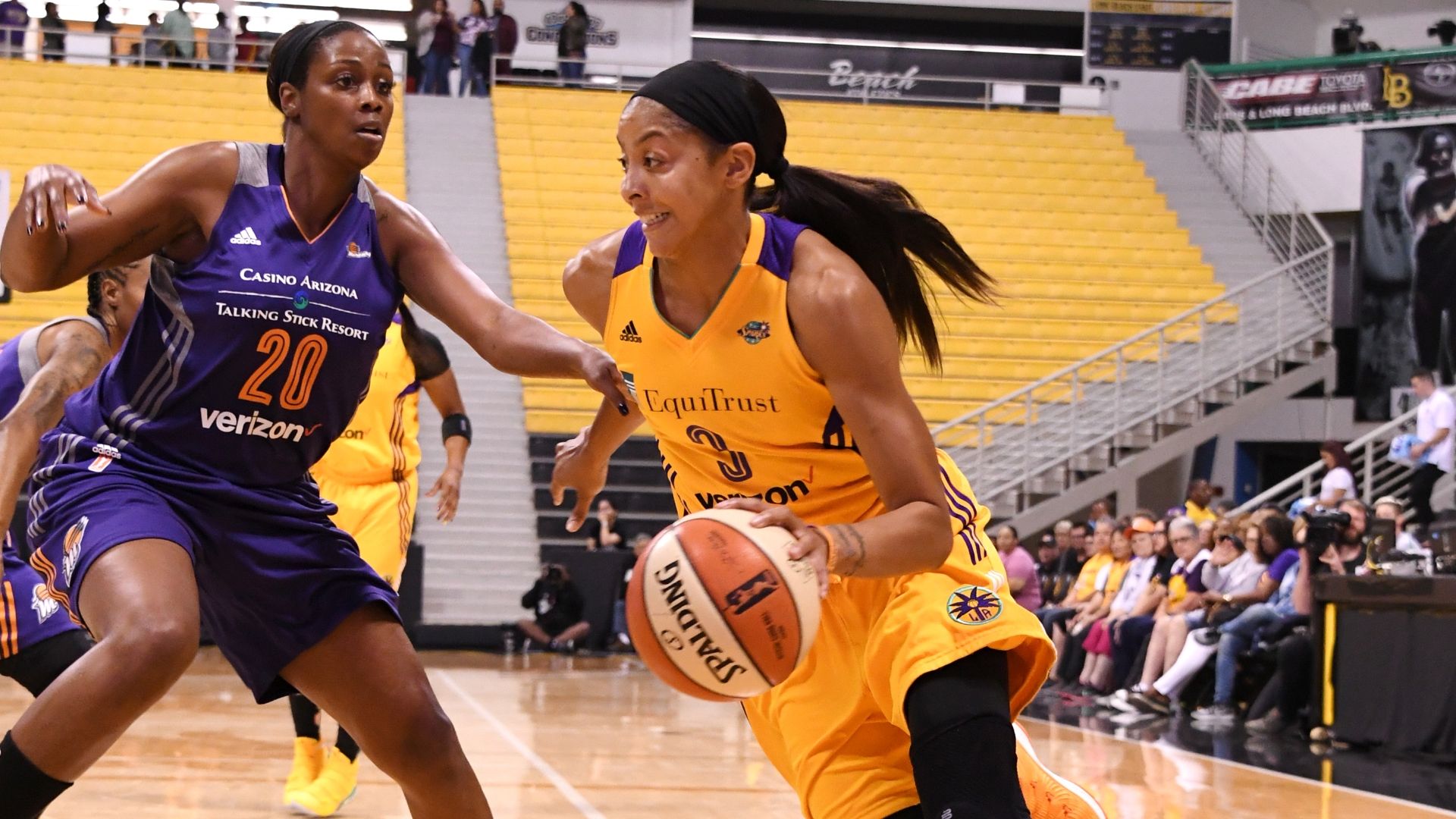 Ogwumike hits the dagger against Mercury
Chelsea Gray recovers the loose ball and sends it Nneka Ogwumike who finishes with a layup and foul, giving Los Angeles a comfortable lead.

Mitchell closes the gap against Sparks
Leilani Mitchell grabs the rebound and takes it all the way to make the layup to make it a 79-72 game.

Sparks make Griner pay on turnover
Brittney Griner intends to make a pass but Nneka Ogwumike intercepts the ball and bounce passes it to Candace Parker for the layup in the third quarter.

Taurasi banks a shot over Parker
Diana Taurasi continues to get hot in the first half by scoring 12 points and puts a bow on it with a shot over Candace Parker.