Carmelo Anthony trying to 'stay strong and positive' with Knicks 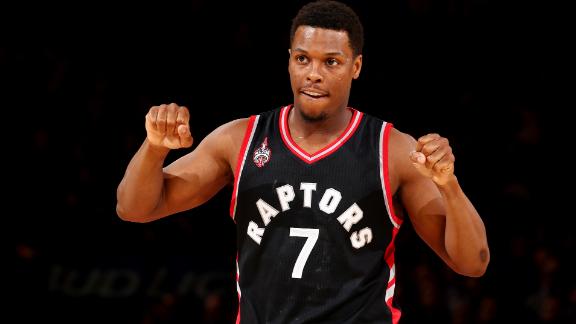 NEW YORK -- On the fifth anniversary of the trade that brought him to the New York Knicks, a frustrated Carmelo Anthony admitted his patience is being tested to "stay strong and positive" during his Knicks tenure.

"It's been tough. It's challenging," Anthony said after being reminded that he has seen four coaches and three general managers plus one team president (Phil Jackson) and dozens of teammates since he was traded from the Denver Nuggets. "It's challenging to kind of stay strong and positive through all this."

"You can't control that," Anthony said of all the changes in New York. "When you look at it, how many different coaches? Four different coaches. [A lot of] different players. I mean, that's a lot to go through."

After the Knicks lost for the eighth time in nine games in an abysmal 122-95 homeshowingagainst the Toronto Raptors, Anthony was ready to talk with reporters as soon as the locker room opened.

This is rare. Anthony usually speaks late after games following treatment, but the Knicks' franchise player said he needed to leave Madison Square Garden to "decompress."

"My mood? Yeah, I need to go home and just relax, decompress a little bit," a frustrated but polite Anthony said.

Anthony is in the second year of a five-year deal worth $124 million, which he signed as a free agent two summers ago. The contract has a no-trade clause, and Anthony has repeatedly said how much he wants to play in New York. However, the 31-year-old also wants to win a championship, and his team is now in danger of missing the playoffs for a third straight season.

The Knicks (24-34) have lost 12 of their past 14 games. In that stretch, Derek Fisher was fired and replaced by interim coach Kurt Rambis.

"Regardless of the record, just losing, accepting that -- it is hard to accept that," said Anthony, who also has been coached by Mike D'Antoni and Mike Woodson with the Knicks. "You can't be satisfied with losing basketball games."

The Knicks surrendered 58 points in the paint and trailed by as many as 27 against Toronto (37-18).

"We just got to want to do it," said Anthony, who had 23 points and 11 rebounds. "We want to get out there and want to play. We want to compete. I don't think it's anything to do with kind of X's and O's.

"I think we got to take it upon ourselves individually, take the challenge as a group, have each other's backs out there. We can't beat nobody giving up [almost] 60 paint points. Impossible."

Kanell doesn't feel much sympathy for Melo
Russillo & Kanell react to Carmelo Anthony's comments about trying to stay strong and positive while playing for the Knicks.