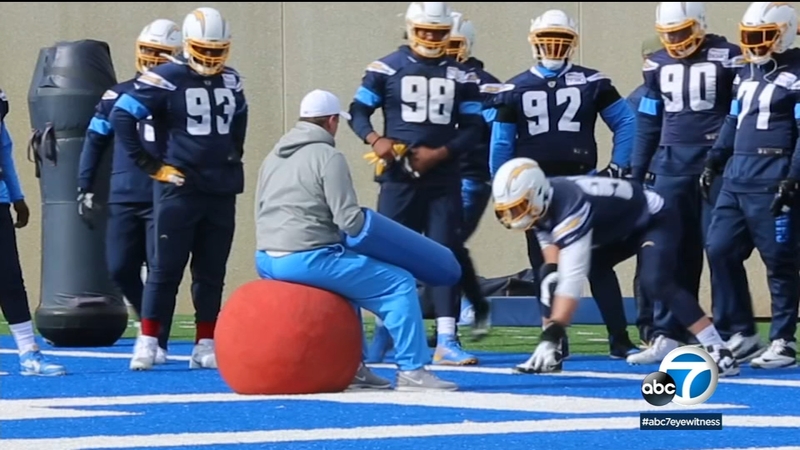 COLORADO SPRINGS, Colo. (KABC) -- When the Chargers leave Colorado for Mexico Sunday, they'll carry with them a sense of urgency.

The Bolts are not happy with a 4-6 record. But a big winning streak to close out the season - especially against their division rivals - can still send them to the playoffs.

The peace and serenity of quiet Colorado Springs this week will be replaced Monday in Mexico City with a crowd estimated to be over 100,000 fans.

"Same feeling as when we started the season, and started camp. We know what we got in there (the locker room)" said linebacker Melvin Ingraham.

Head coach Anthony Lynn played a game in Mexico as a running back with the Broncos in the 1990s.

"Mexico is a very rich city." Lynn said. "When you're there for a week, you have a chance to move around," he said.

The Chargers will fly in Sunday, then fly home after Monday's game.

"This is a business trip," he said.

The Chargers' Michael Davis will have 15 family and friends at the game.

He's Mexican and very excited to be going home to play.

In fact he offered some food tips to the media.

"You can come to my grandma's house, and she will make you some fire posole," he said.

Davis went to see a soccer game last year in Mexico in the same stadium they'll be playing the Chiefs Monday.

"I'm proud to represent Mexican culture and my family's name - the Martinez family," he said.

"I got to go out there and just ball out," he said.

The Chargers hope the first step to winning six straight is Monday in Mexico.