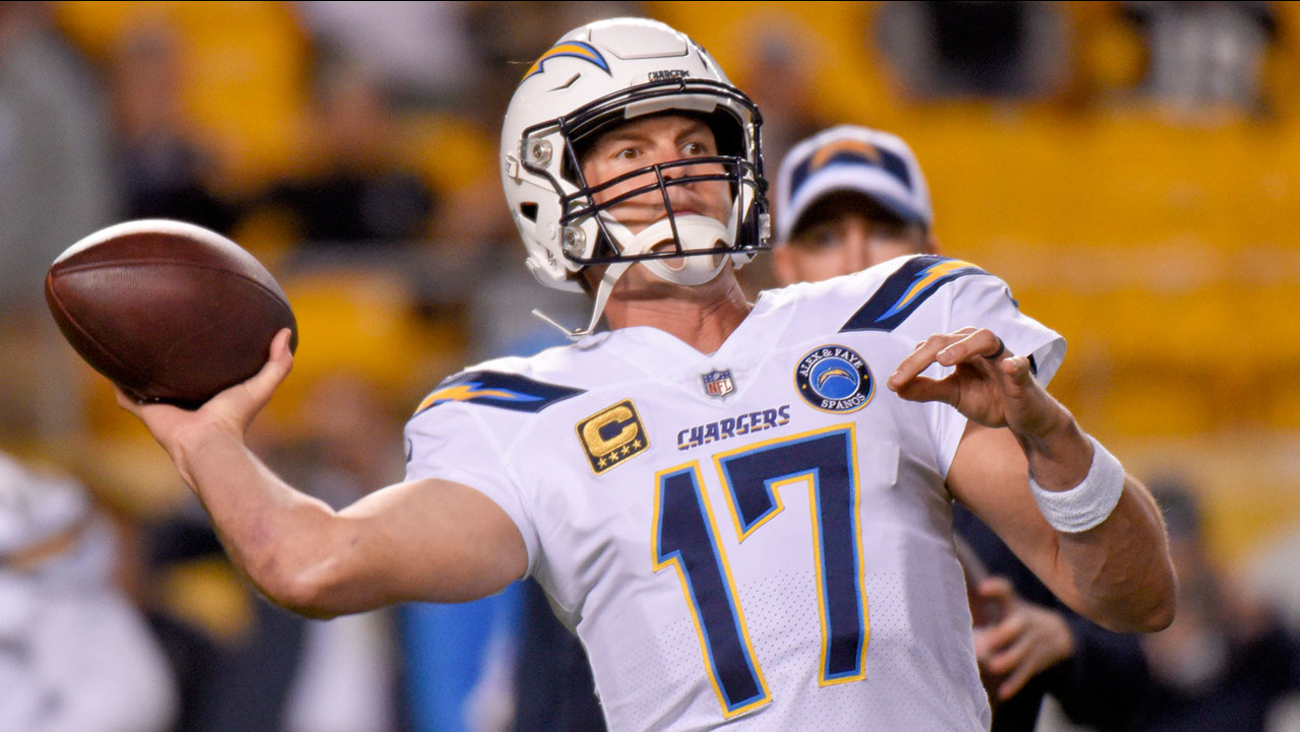 PITTSBURGH (KABC) -- The Los Angeles Chargers mounted a stunning second-half comeback, scoring 23 consecutive points as they took down the Steelers 33-30 in Pittsburgh.

The Chargers came out for the second half down 23-7. They scored three consecutive touchdowns, two of them with two-point conversions and took a 30-23 lead over Pittsburgh in the fourth quarter.

A Pittsburgh drive then evened the score at 30-30 with just over four minutes to go in the game.

A 39-yard field goal attempt by Michael Badgley with 3 seconds remaining hooked to the left. But a Steelers offsides penalty gave them a second try from 34 yards.

That one was blocked.

But another Steelers offside penalty gave Badgley a third try from 29 yards. That time it sailed through for the win.

The Chargers now move to 9-3 and are in strong contention for an AFC wild card playoff spot.

Philip Rivers completed 26 of 36 passes for 299 yards and two touchdowns. Keenan Allen caught 14 passes for 148 yards and a score and Justin Jackson ran for 63 yards and a touchdown in place of injured starter Melvin Gordon.

Desmond King added a 73-yard punt return for a score as the Chargers erased a 16-point halftime deficit.

Ben Roethlisberger threw for 281 yards and two scores for the Steelers (7-4-1), who have lost two straight and are now clinging to the AFC North lead over surging Baltimore.

Antonio Brown caught 10 passes for a season-high 154 yards and a touchdown. James Conner added 60 yards rushing and two touchdowns before leaving in the fourth quarter with a leg injury.