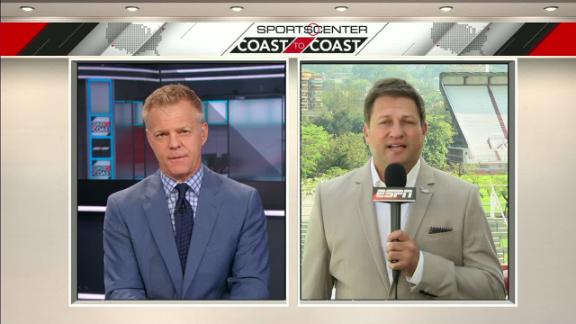 As the United States men's Olympic basketball team has struggled by its own lofty standards in Rio, former NBA player and current TNT analyst Charles Barkley said the team's woes are rooted in the construction of its roster.

"It's not a good team to put together," Barkley, 53, toldSports360AZ.com."If you take awayDeAndre Jordan, every guy on that team is a ball-dominant guy. You see them playing a lot of one-on-one basketball.

"That's the thing I've noticed more than anything. Like, you have to understand when you put a team together like that, you have to have some role players."

Barkley, who played on the 1992 Dream Team and also won gold in '96, said Team USA is too reliant on isolation scorers and could benefit from the addition of more role players.

"When they put that team together in the future, they have to realize we can't have just really, really great offensive players. They gotta have players that if they don't get a shot, they're not just gonna stand around and mope."

While the U.S. is the only undefeated team left in the tournament at 5-0, its victories against Australia, Serbia and France in the previous three games have come by a mere 16 points combined.

Team USA faces Argentina on Wednesday in the quarterfinals, a rematch of last month's exhibition in Las Vegas. While the Americans throttled Argentina by 37 points in that July 18 tuneup, their road to the gold-medal game will force them to see off the most seasoned competition they could have drawn just for the chance to play for the championship in coach Mike Krzyzewski's farewell tournament.