Charles Woodson was ready to fight 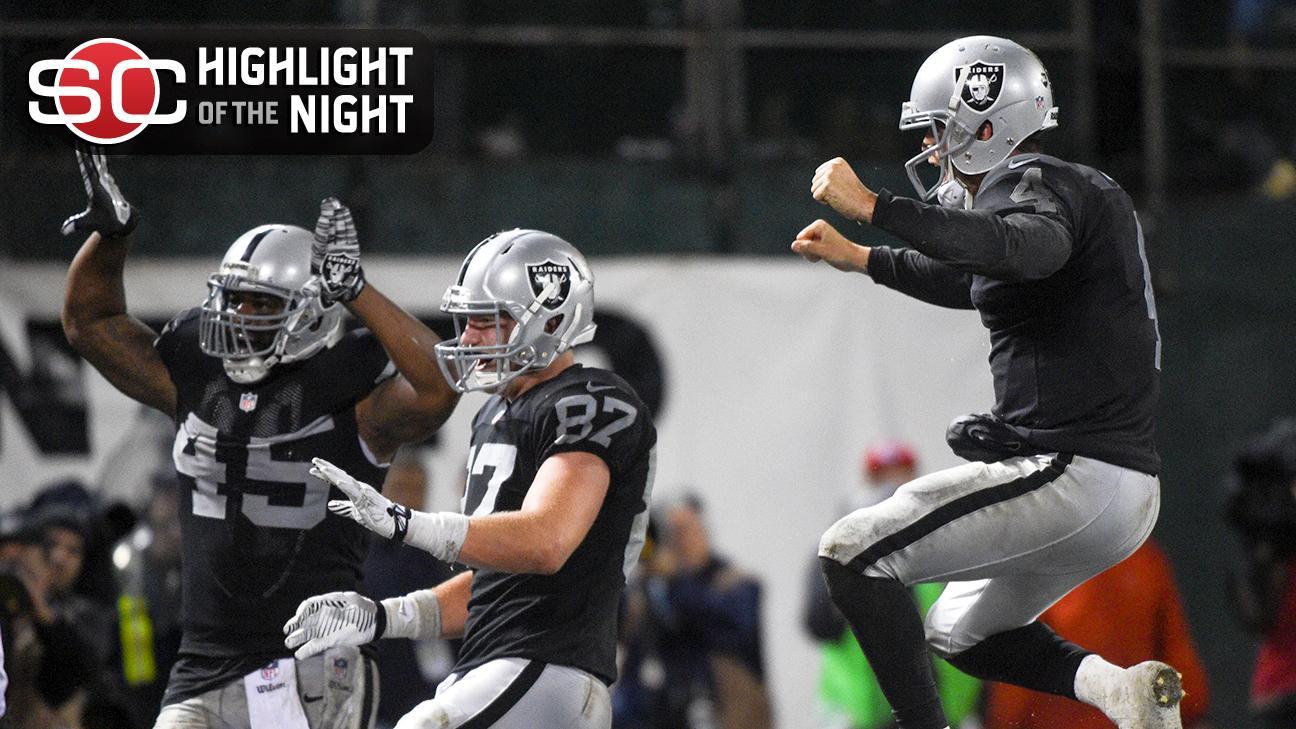 ALAMEDA, Calif. -- Veteran safety Charles Woodson has been one of the Oakland Raiders' most consistent defensive players this season and has been a model of professionalism on and off the field.

On Thursday night, the 38-year-old found himself in the unenviable position of nearly coming to blows with teammate Sio Moore after the second-year linebacker cost the team a timeout while dancing and celebrating a sack late in the game.

Moore's celebration went far beyond the normal jump-up-and-prance-around routine most players do when making a big play. After dropping Chiefs quarterback Alex Smith for a 7-yard loss at Kansas City's 48-yard line, Moore sprinted down inside the 10-yard line and began to dance and gyrate while the crowd cheered. Rookie linebacker Khalil Mack joined in and repeatedly slapped hands with Moore, then two other Oakland players came running in to keep the party going.

The only problem was that while the Raiders were celebrating, the Chiefs were hustling back to the line of scrimmage and on the verge of snapping the ball -- and getting a free play -- when Oakland defensive end Justin Tuck wisely called a timeout.

"I couldn't believe it," Woodson said. "That was the first time I had ever seen somebody celebrate for a whole 40-second clock. That was ridiculous, and they know it. I told Sio he's lucky we got the win because we really probably would've had to fight, and I would've seen exactly what kind of fighter he is."

All of it became a moot point after Kansas City turned the ball over on downs and the Raiders held on to win, ending their 16-game losing streak. Had it worked out differently, Woodson said, there would have been big issues inside the Raiders' locker room.

For his part, Moore was apologetic after the game.

"I was so caught up in the moment, man," Moore said. "That was an error I've got to make sure I clean up." 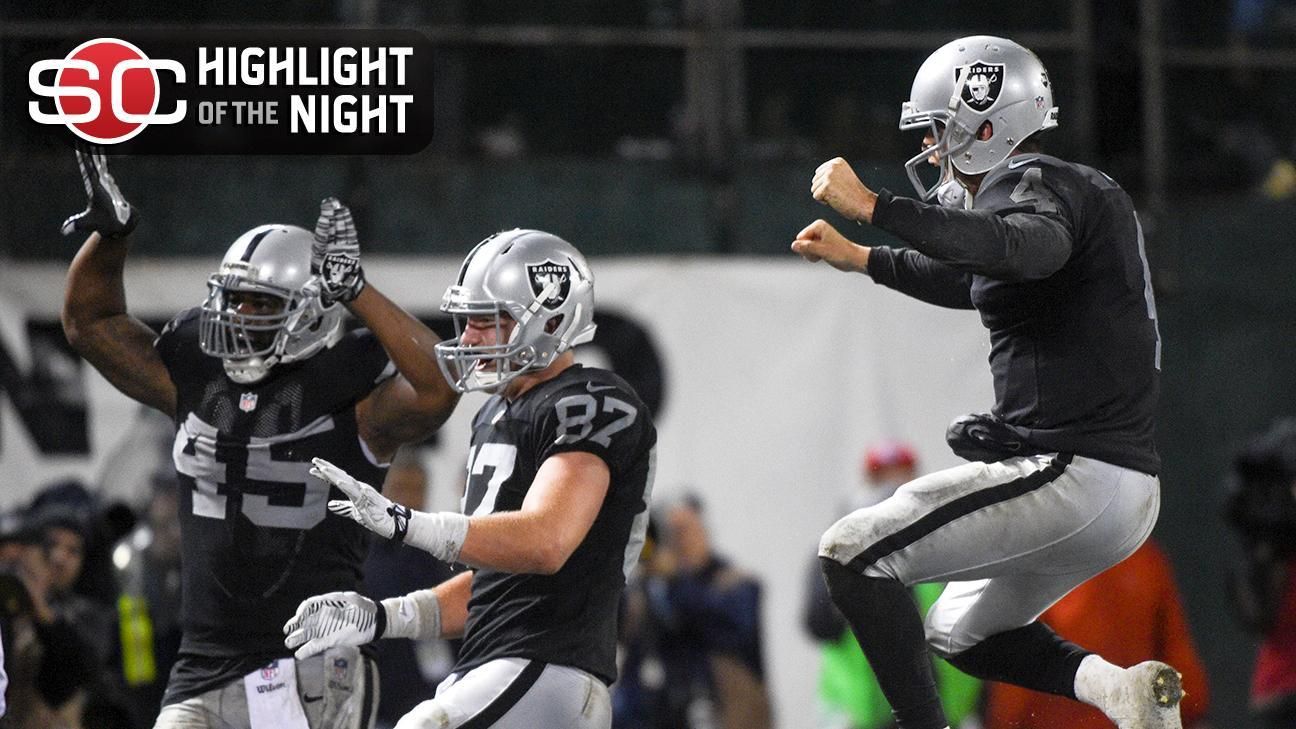 Raiders Rally To Stun Chiefs, Get First Win
The Raiders snapped a 16-game losing skid behind 112 yards and two touchdowns from Latavius Murray in a 24-20 win over the Chiefs.

McFadden On Raiders' Win
Darren McFadden talks after the Raiders picked up their first win of the season.