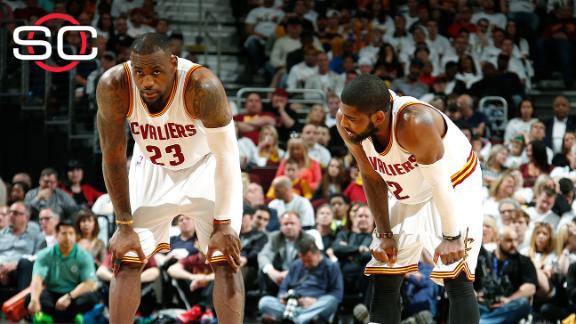 The resale market for Game 4 in Cleveland, where theCavalierscan claim the Eastern Conference title for only the second time in their history, is softer than expected.

As of 2 p.m. ET, more than 2,100 tickets offered for sale on Flash Seats, the ticketing platform owned by Cavs owner Dan Gilbert that season-ticket holders are required to use for resale, had not been sold. And of the ones that have been sold, prices have been surprisingly low.

Fans who wanted to get into Quicken Loans Arena on Tuesday night bought some tickets with a face value of $40 for less than $70 on Flash Seats on Tuesday morning.

"It's shocking," said Mark Klang, owner of Cleveland-based brokerage Amazing Tickets. "I've sold tickets for higher prices to more than half the regular-season games this year."

Klang said he thinks that with the Cavaliers up 3-0 in the series, fans might be saving up for the NBA Finals, though he believes the game should have more importance given Cleveland's struggles with winning titles. The last Cleveland team to win it all was the Cleveland Browns in 1964.

"The Indians clinched their World Series bids on the road in both 1995 and 1997, and the Cavaliers, when they came back home in 2007 to clinch their trip to the Finals, tickets sold for at least two times as high as they are selling for tonight," Klang said.

In 2007, for the Eastern Conference finals-clinching game, the resale market for a club seat hovered at around $800. The seat, which has a face value of $180, is selling for closer to $300 now.

A call placed to the Cavaliers was not immediately returned, though team officials typically don't publicly express much care about the resale market. The Gilbert-owned company takes 23.5 percent from the buyers on top of the final price.

Apparent interest as gauged by the lack of markup on the tickets to Tuesday night's game seems to be an anomaly. Resale prices throughout the regular season have maintained high prices in LeBron James' first season back with the team.

Said Klang: "This year the market was three times hotter than any of LeBron's first seven years with the team."

On Tuesday afternoon, the Cavaliers sent an e-mail to season-ticket holders saying that additional seats, which were part of the league's required ticket hold for Tuesday night's game, had become available at face value.