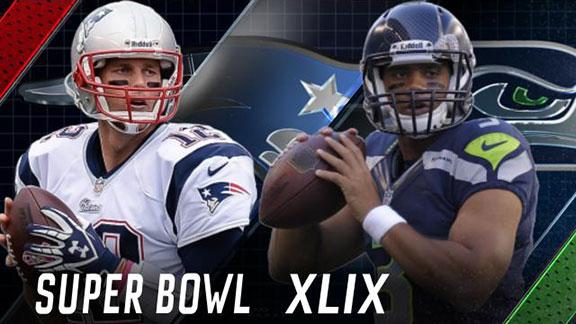 Fans who hoped to get a cheap Super Bowl ticket are running out of time, as Super Bowl XLIX might go down as the most expensive ticket in the game's history.

As of 6:20 p.m. ET Thursday, there were only 20 tickets on StubHub that cost less than $10,000 to see the New England Patriots take on the Seattle Seahawks on Sunday. The cheapest ticket was selling for$9205.

Why are these tickets so expensive?

The answer lies in what happens behind the scenes with ticket brokers, many of whom promise the tickets in advance figuring they'll be able to make a healthy profit as the event draws closer.

For the past few years, the Super Bowl has become a lucrative business for ticket brokers, and it's fairly easy to cash in.

In order to "short" the market, a broker typically lists tickets in a generic section of the stadium and doesn't disclose exactly where the seats are until the Wednesday before the game, when sites such as StubHub and Vivid Seats require the brokers to choose exact seat locations or cancel the sale.

The idea for the brokers is to take money from ticket buyers when the tickets are at a higher price after the conference title games, then actually buy the tickets days later as the prices start to come down. The ease of the scheme caused more and more brokers to get in the game.

"Everyone in the business had seen that shorting had been the right move," said a broker who requested anonymity because his company is still short tickets. "For the last five years it had been that way. Everyone was sort of sketched out by Packers. That the ticket could cost a lot of money closer to the game. So the Seahawks win and everyone is undercutting each other just to be able to offer the lowest-price ticket available."

The confidence in the early market was buoyed by the fact Patriots fans haven't established themselves as the best travelers in recent Super Bowl games, probably because of the frequency with which the team has played in the game over the past decade and a half. But Seattle fans, who turned out in fewer numbers than expected in New York last year, ended up being an enormous draw this year.

Over the past weekend, the supply on ticket sites suddenly dwindled.

"A consolidation of supply this year has led to a handful of sellers being able to manipulate the market and make it nearly impossible for last-minute fans to go to the game," StubHub spokesman Glenn Lehrman said.

So on Sunday, brokers who still hadn't purchased their tickets, started buying tickets at more than $5,000 apiece, losing as much as $3,000 a seat just to save the integrity of their businesses, according to those on the buying and selling side, who spoke anonymously.

A company paid $200,000 for a block of 40 tickets on the Patriots' side by the 30-yard line last Thursday. The company was offered $600,000 to sell those tickets Thursday, according to a source with knowledge of the offer.

The alleged collusion between brokers also squeezed the websites that make up the ticket marketplace. Sites like StubHub guarantee that tickets sold will be delivered, so the company started buying tickets to protect itself from people who sold tickets but didn't appear to have the ability to actually deliver them, sources told ESPN.

Internal sales data, obtained from StubHub's website, show exactly what happened. On Jan. 18, the day the Super Bowl matchup was set, the site sold 874 tickets at an average price of $2,764 apiece. That was the last day the average price of a ticket was below $3,000. It's also the day when the most tickets were sold.

A week later, prices continued to rise and brokers faced the reality of having to buy their tickets at a loss, while fans, who had counted on the price dropping as it had so many times before heading into the week before the game, started buying the tickets before the prices rose even higher. On Jan. 25, StubHub sold only 107 tickets, internal data show, but the average price of the ticket -- which has a face value ranging from $500 to $1,500 -- was $5,326 a ticket.

The next day, on Monday, as a snowstorm battered New England, prices dropped to an average of $3,917 for the 180 tickets sold. That was due, in part, to fears Patriots fans would be unable to travel to Arizona because of the weather.

But that was short-lived. Prices climbed again to the point that, within three hours on Wednesday night, the price of the cheapest seat on the resale market rose by more than $2,000.

What happened here wasn't supposed to happen. The last sporting event in which the market saw such a gap between the number of tickets needed to fill orders and the number of tickets available was the 2011 BCS Championship Game between Auburn and Oregon. As the supply dwindled, resale ticket prices rose and five days before the game, the asking price for a 50-yard line seat rose more than $10,000 in a 24-hour period.

Eventually, StubHub pulled all those BCS listings from its marketplace when a bigger seller admitted he would not be able to deliver on what he sold because the rising prices caught him by surprise. Hoping to save face, StubHub announced it would pay double the price paid to anyone who had bought the game tickets on its site and actually had the tickets in hand, just to make good with customers who had been cheated.

For a short time after that game, the ticket sites tightened up, requiring more information and making it harder to short tickets to a big sporting event. But as the shorts continued to win again, the marketplace relaxed to the point where anyone could sell two tickets to a title game without ever actually having had the tickets.

In fact, one could argue short selling was encouraged. As competition grew between the big resale sites, some of those companies actively solicited their largest sellers to short-sell Super Bowl tickets to have the most liquidity and, therefore, the lowest prices.

Lehrman said StubHub requires anyone it doesn't know as a seller to list specific seats if they are selling Super Bowl tickets, but with the biggest brokers playing the short game, that might not matter. As of Jan. 23, there were more than 2,700 seats on StubHub that did not have specific seat locations, leaving open the possibility they were shorted and were waiting to be filled by brokers at the right price after they were sold.

The most famous case of a short market was the 1997 Masters. That's when Allen Caldwell, who owned an establishment across from Augusta National, committed suicide after he couldn't fulfill the badges he sold when prices climbed too high. Some four-day badges that year were selling for more than $11,000 each, as fans clamored to see a young Tiger Woods win his first green jacket.