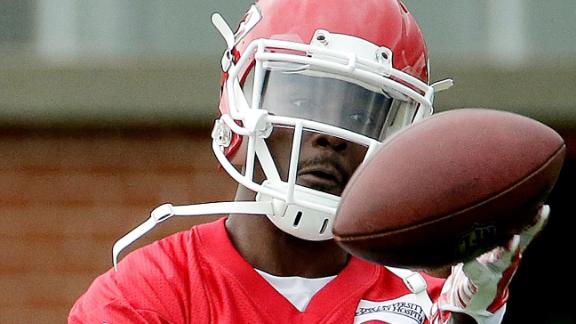 KANSAS CITY, Mo. -- Talented but troubled wide receiver Da'Rick Rogers was released by the Kansas City Chiefs just hours before they were to begin their mandatory minicamp.

Rogers, 23, was one of the SEC's best wide receivers in 2011, when he caught 67 passes for more than 1,000 yards and scored nine touchdowns for Tennessee. But he was subsequently thrown off the team for disciplinary problems and transferred to Tennessee Tech.

Rogers has been unable to make it in the NFL. He signed with the Chiefs, his third NFL team, in January but hadn't been impressive during offseason practice. The Chiefs also might have felt comfortable releasing Rogers because of the emergence of rookie wide receiver Chris Conley, who has played well in practice.

Rogers pleaded guilty in May in Indianapolis to resolve a 2014 DUI case. He was sentenced to one day in jail and six months of probation.