Chile's Arturo Vidal in race to be fit 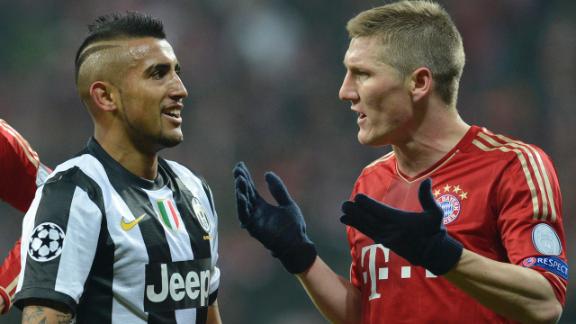 Arturo Vidal's participation at the 2014 World Cup is in doubt as the Chile midfielder is struggling with injury.

The Juventus midfielder had to cut short yet another training session with the Roja on Monday due to complications with his left knee, which was operated on only last month. Instead, he spent the afternoon receiving physiotherapy.

Chilean newspaper La Tercera does not expect Vidal to be fit for Chile's first World Cup game against Australia on June 13, while it also reports that Rodrigo Millar, the 32-year-old midfielder from Atlas Messico, has been placed on alert.

Vidal did not feature in Juventus' final three games of the Serie A season, instead undergoing surgery on his meniscus on May 7. It was already touch and go back then whether he would be fit in time for the World Cup.

"It's going to be tight," Dr. Giovanni Carcuro told La Stampa , having overseen the operation performed by Spanish surgeon Ramon Cugat last month. "I can't guarantee he will play at the World Cup. We're doing all we possibly can to get Vidal on the field against Australia."

Vidal damaged his knee on March 20 in the Europa League clash with Fiorentina. A month later, Cugat said an operation was necessary, predicting a recovery time of two to three months.

The midfielder underwent the knife on May 7 with Juve reluctant to deprive themselves of the player in the season run-in until they had secured a third straight scudetto.

"Don't forget that we are the ones who pay Vidal's wages," said Juve coach Antonio Conte prior to his side's Europa League semifinal against Benfica -- the last game Vidal played, on May 1, before being given the green light to undergo surgery.