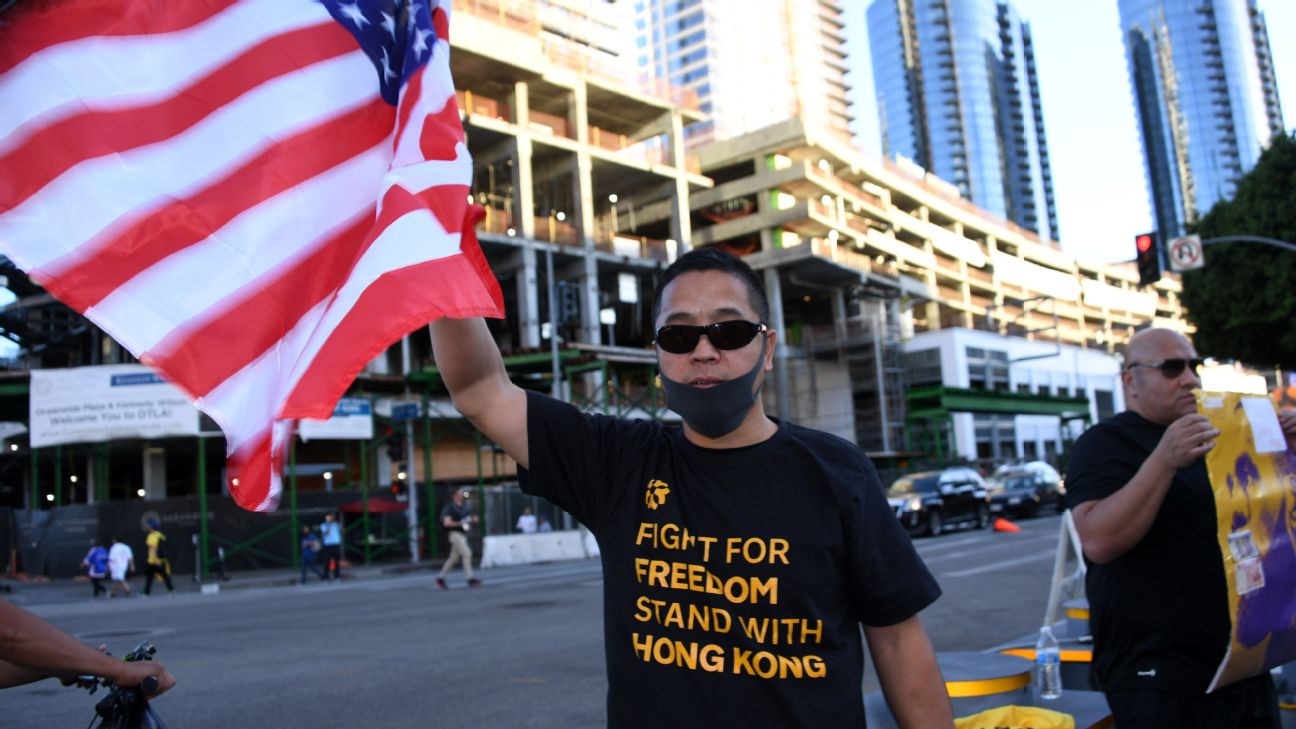 Outside that game at Staples Center in Los Angeles, a group of protesters chanted and offered fans T-shirts that read: "Fight For Freedom Stand For Hong Kong." A smattering of fans wore them inside Staples during the game.

CCTV has customarily shown the league's opening night games but has pulled all NBA broadcasts in the wake of Houston Rockets general manager Daryl Morey's tweet on Oct. 4 supporting anti-government protests in Hong Kong. Tencent has reduced its schedule but did stream some preseason games.

Tencent is a media partner of ESPN and the NBA. The NBA declined comment.

In a commentary over the weekend, CCTV said NBA commissioner Adam Silver will face "retribution sooner or later" for saying last week that Chinese officials made it clear they wanted Morey fired. The Chinese government denied Silver's claim.

CCTV didn't give a reason for extending the ban into the regular season; it hasn't shown games since Morey's tweet.

According to one of the organizers of the Staples Center protest, some 60-75 volunteers who came together via Reddit showed up in Los Angeles to distribute the T-shirts. They were paid for by the $43,000 raised from their GoFundMe drive; the initial goal was to raise $20,000, but that was surpassed in two days.

"Our First Amendment rights to free speech -- so if you have a government that's not the United States telling us we can't talk, what's the point of having a government? What's the point of having a First Amendment, right? We're not saying that we're trying to do anything other than show solidarity. We're not trying to protest. We just want to show the NBA and show foreign governments that they can't censor us."

MWG was critical of Lakers star LeBron James, who in the days after Morey's tweet said he believed the GM was "misinformed" about China and Hong Kong before sending it and should have been more careful considering the effects it could have, including financial ones.

"What LeBron James said, we're not mad, we're just disappointed. ... He's really out there (on issues) and then for him to say, 'Oh, it was hard on us (during the China trip),' that was kind of a slap in the face," MWG told ESPN. "To be LeBron James, so articulate and so meticulous about your words and how you say them and how you present yourself and all of the sudden when it comes to money, it takes a precedent over any sort of human rights -- basic human rights? That's what our country was founded on. His home base is here. So you're going to turn your back on your home base for money over there?"

MWG wore dark sunglasses, a baseball style cap and a black face mask covering his mouth; other volunteers used similar methods to obscure their faces. MWG told ESPN that his was for his "own personal safety" because he has family in China and doesn't want to "get pinched" in the airport after being recognized from his involvement in the cause. 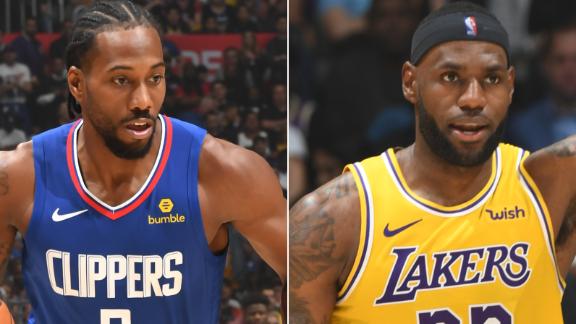