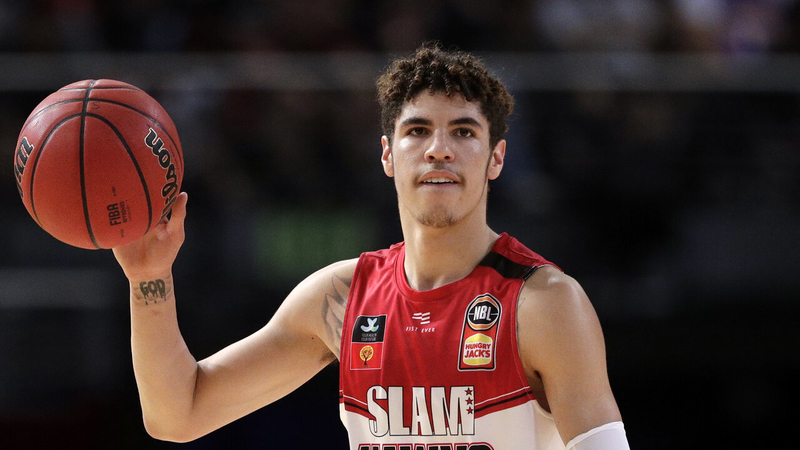 The Charlotte Hornets drafted former Chino Hills High star LaMelo Ball with the No. 3 pick in the 2020 NBA Draft.

LaMelo Ball's brother, Lonzo Ball, was drafted by the Los Angeles Lakers with the second pick in the 2017 draft. They become the first brothers in NBA history to be drafted in the top 5.

LaMelo would leave Chino Hills High in 2017 before his junior year to go overseas and play professional basketball in Lithuania with his brother LiAngelo Ball, who currently plays in the NBA G League with Oklahoma City Blue. In 2018, LaMelo would return to high school basketball and play at SPIRE Institute and Academy in Geneva, Ohio.

LaMelo would forgo college basketball amid eligibility concerns and play in Australia for the Illawarra Hawks of the the National Basketball League in 2019, winning NBL Rookie of the Year before declaring for the 2020 NBA Draft.

The Golden State Warriors would draft Memphis big man James Wiseman with the second pick before Ball was picked by Charlotte.

The Chicago Bulls drafted Patrick Williams with the fourth pick while the Cleveland Cavaliers drafted Isaac Okoro with fifth pick.

Another Chino Hills High star was picked in 2020 NBA Draft. With the sixth pick, the Atlanta Hawks drafted Onyeka Okongwu.

Okongwu was teammates with Lonzo and LaMelo Ball his freshman year on the Chino Hills High School team. In his junior and senior year of high school, Okongwu was named California's Mr. Basketball.

The Lakers had the No. 28 pick in the draft, but that pick was traded to the Oklahoma City Thunder as part of a deal to acquire Dennis Schroder.

The Los Angeles Clippers did not have a first round pick in 2020 after trading the pick away to the New York Knicks in a deal to acquire Marcus Morris last season.

The Clippers had a second round pick. With the No. 57 pick, they drafted big man Reggie Perry, who played for the Mississippi State Bulldogs.