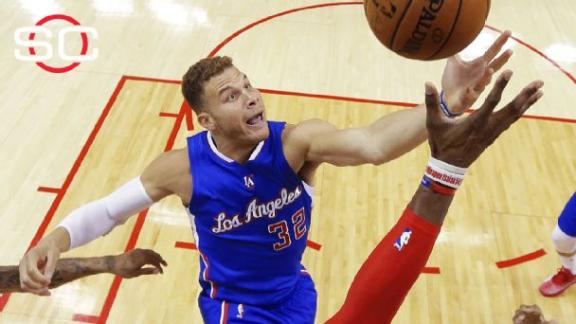 The Clippers were able to beat the Rockets in Game 1 on Monday 117-101, despite missing Paul, who is currently sidelined with a strained left hamstring.

"I'd say 50-50," Rivers said when asked what his gut feeling on Paul playing Wednesday was. "I honestly don't know. My gut before last night was there would be a good chance [he would play Wednesday] so I'd probably lean that way. He looked good walking today."

Paul, who has been getting around-the-clock treatment since suffering a left hamstring strain in Saturday's series-clinching win over the San Antonio Spurs, went through a light shooting session on his own after the Clippers canceled practice Tuesday. Rivers said he would not play or rest Paul based on the Clippers winning the first game of the series without him.

"If he can play, he'll play," Rivers said. "We just want to make sure he's healthy."

Austin Rivers started in place of Paul on Monday and would start again on Wednesday if Paul is not able to play. Lester Hudson, who originally signed a 10-day contract with the team at the end of the season, also played point guard.

"We are a team and we all believe in each other," Austin Rivers said. "At halftime, our whole focus was that we were going to win this game. We were down four and we didn't play well. We play bad basketball and we were down four, so we knew we had to keep playing as a team. This was one game and it's over with and now we have to go after the next game."

Paul, who turns 30 on Wednesday, averaged 19.1 points, 10.2 assists and 1.9 steals per game this season. This was the first time in his 10-year NBA career he started all 82 games during the regular season.